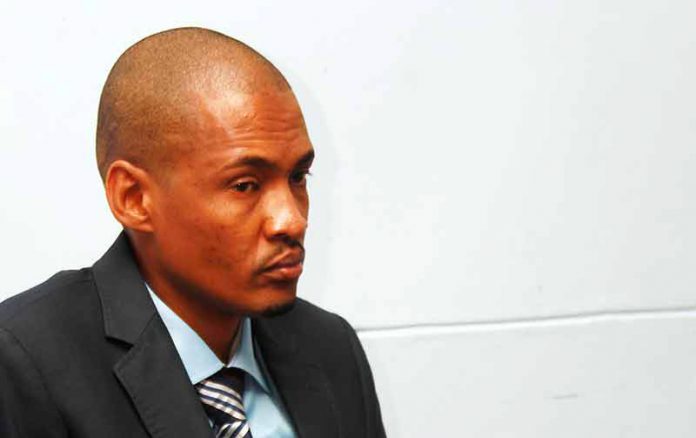 The Botswana Football Association (BFA) Vice President Administration, Tariq Babitseng has promised to fight back to clear his name.

Babitseng, who was suspended by the BFA National Executive Committee this week, is accused of ‘mishandling contingency funds’ allotted to the Zebras for their trip to Guinea Bissau in September this year.

In a letter signed by the BFA President Tebogo Sebego, the suspension is to ‘facilitate an investigation and/or disciplinary action against Mr Babitseng in respect of the handling of the contingency funds arising from the Guinea Bissau/ Botswana game in Guinea Bissau.’

Speaking in an interview following his suspension, the BFA Vice President Administration said he is not perturbed by the latest furore as he is not guilty of any wrong doing.

“This for me is just a witch hunt by some members of the committee who are after me. I believe this is just a way of them trying to get me off football but I am not going anywhere,” Babitseng responded.

Narrating his version of the story, the BFA Vice President said while he was the one handling the contingency funds for the trip, he never used any of the funds for personal use.

“I never bought anything for the players or paid for anything. What happened is while I was handling the funds, there were people who were allowed to use and pay with the money. These included the welfare manager and the Technical Director,” the beleaguered BFA VP Administration explained.

He said during the trip, all he did was to allocate the money to the appropriate people as and when they requested. “Was I wrong to give the people responsible for the team money when they requested and needed it? No,” the beleaguered Babitseng asked rhetorically.

He said an agreement was that those given the money will then sign for such monies and were then requested to furnish receipts later, which they did. Babitseng said he never even did the financial spreadsheets for the use of the monies, saying this was done largely by the team’s Welfare Manager and the Technical Director.

“When we arrived, we reconciled the financial reports. However, we were informed that some of the receipts we furnished were not proper as they were proforma invoices and we thus had to seek the proper receipts. This we did and when the reconciliation was finished, we were told to account for monies in excess of United States $400 which we then paid,” Babitseng explained.

Asked why they brought back proforma invoices instead of correct receipts, the BFA VP Administration said this was largely due to the language barrier, saying they could not discern whether the receipts were proforma invoices or not as they were written in an unfamiliar language.

While expressing disgust as to what he considers a personal attack on his personality, Babitseng however said he is happy that the matter has now been handed to the Botswana National Sports Council (BNSC) for further investigation as they are not involved in the internal BFA politics.

Approached for comment when the issue surfaced in early September, BFA President, Sebego expressed sadness at the way people tended to judge before knowing how things work in Africa.
“This is not the first matter to come before us when the team returns home. Unless you’ve been to these trips you won’t know what happens in Africa. At times it is difficult to get receipts after buying something and I think people like to comment out of darkness,” Sebego said at the time.

The BFA boss added that people like to run into conclusions and pass judgment. Despite coming under pressure then to take action against Babitseng, the BFA president refused, saying he will act only when there was tangible proof that the said misappropriation had occurred.
According to sources, Sebego’s refusal to act did not go well with some members of his committee who felt he was very lenient with Babitseng.

The issue is said to have divided the BAF executive, with some in support of Babitseng while others calling for his suspension. The pressure finally paid off this week as Sebego succumbed to the pressure and suspended his trusted lieutenant.