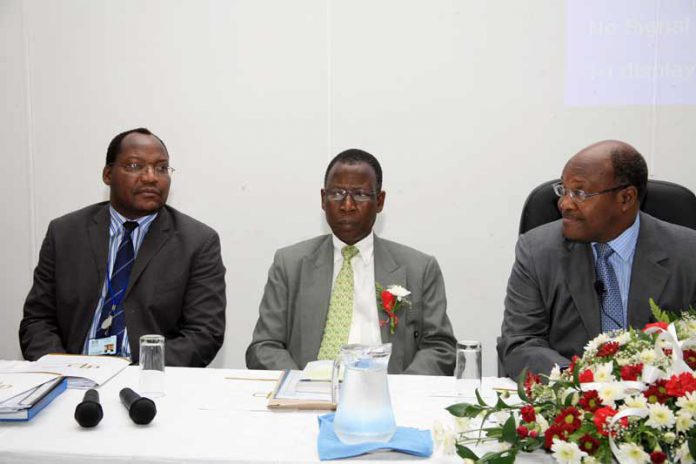 The maintenance of a balanced budget has never and in future will not compromise government’s ability and commitment to provide services to the nation, says Dr Taufila Nyamadzabo, Secretary for Economic and Financial Policy in the Ministry of Finance and Development Planning.

Responding to Sunday Standard enquiries following the delivery of the 2011/12 budget by finance minister Kenneth Matambo in which government made an undertaking to balance the budget by 2012/13, Nyamadzabo explained that enhancing the efficiency of public spending will not be done at the expense of economic growth or service delivery.

“Enhancing efficiency of public spending will, in fact, lead to provision of the same service or better services at the same or lower cost. In this way, the public should continue to enjoy services provided by government. It must also be indicated that that, over time, some of the services could be provided more efficiently by the private sector. In this context, by balancing the budget in 2012/13, government is not necessarily going to compromise the delivery of services to the public. Further, it is policy of government to enhance productivity in the public sector which is instrumental in delivery of services. It is therefore, expected that the government will continue to provide services at more cost effective ways even during those years when the budget is in balance,” said Nyamadzabo.

Responding on the issue of how under-spending impacted on the delivery of services especially in view of the 2010/11 budget outturn of P9.47 billion deficit against the initial projection, Nyamadzabo said in order to assess how under-spending affected the provision of a project or service, one needed to assess each item on individual basis.

Matambo in his recent Budget 2011 Speech attributed to the low budget outturn to under-spending.
He explained that under-spending may occur due to increased efficiency of doing more within a limited budget or spending less to achieve a targeted goal, that is, increased productivity.

“However, for most implemented projects in Botswana, they tend to be quite slow in achieving their targeted completion date due to inefficiency of contractors, government personnel or consultants intended to supervise such projects or activities, that is, reduced productivity. In the latter case, under-spending translates into reduced project benefits or activity”, said the secretary.

Nyamadzabo, however, did not quite specifically answer the question as to how the under-spending had impacted on the 2010/11 budget outturn save his generic explanation.

“To maintain a balanced budget over the medium term is very important because the government budget is financed from what government is able to generate in terms of revenue. Maintaining a balanced budget in the medium term reduces the burden for government to drawdown its cash balances or borrow to finance the budget deficit. In this regard, drawing down of cash balances can only lead to depletion of those and hence the resultant option left for government would be to borrow to finance its spending. If that happens, government obligations will be to service its debt first on the revenue generated before it considers financing the recurrent budget or setting aside money for development programmes and projects,” said Dr Nyamadzabo.

He warned that excessive borrowing would put the economy in a debt trap where it would rely on developmental aid or donor assistance, most of which came with conditionalities to finance both recurrent and development budgets.

Nyamadzabo said Botswana is a land locked country that relied in a few traditional export commodities for its revenue and it was critical to maintain some savings that could be used as a cushion during difficult times such as the recent global financial and economic crisis.

“In fact, the surplus accumulated during the ninth National Development Plan (NDP 9) have been used to part finance the NDP 10 programmes or budgets. Cash balances were also used in financing part of the budget deficit, and as a result they have been declining. Moreover, for each of the first three years of NDP 10 we have been running budget deficits. It is, therefore, imperative to balance the budget or even run budget surpluses for the remaining years of NDP 10. This will enable us to restore the reserves that serve as a cushion in the event that another crisis strikes the global economy, and enable us to avoid drastic adjustments that have been imposed on countries elsewhere,” said Nyamadzabo.

He concluded that in the overall analysis maintaining a balanced budget was part of the overall strategy to achieve fiscal discipline and budget sustainability which contributed to macroeconomic stability and economic growth.