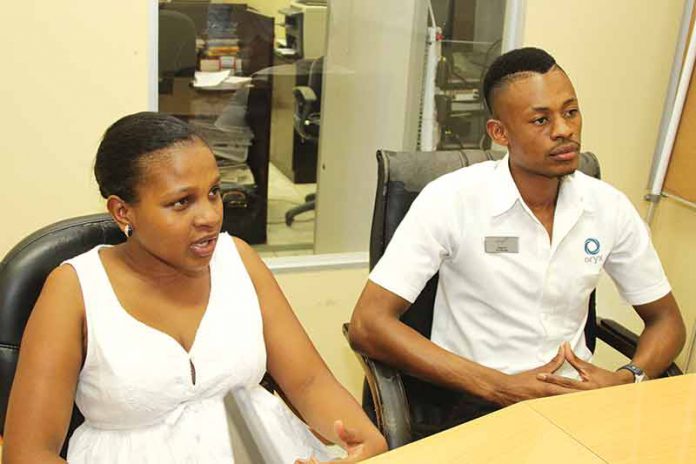 Botswana Defence Force (BDP) Couple female lieutenant Thabang Tlhapisang and private Kozondu Urea who were kicked out of the army almost two years ago over their “love affair” are still out on the street despite a High Court order three weeks ago that they should be reinstated.

The pair has opted for a compromise, allowing lieutenant Thapisang to continue with her military career while private Uariua has found another job outside the army.

Tlhapisang confirmed to the Sunday Standard that “it is three weeks since we won our case against the BDF but sadly BDF has remained silent and has not communicated with us about our reinstatement as the court has ordered”.

She explained that a few days after they won the case, they went to Mogoditshane barracks to submit the copy of the judgment but were taken from pillar to post.

“We have agreed that I should continue with my military career that I love as my partner has found a better job elsewhere.”

She said it was unfortunate that there are a few individuals mostly seniors who are “very bitter about the outcome of the judgment and want to frustrate me to give up my military career but that will never happen.”

“I am quite aware that anything can happen but if BDF does not want to reinstate me they had better transfer me to the Department of Wildlife,” she quipped.

“I want to serve my country diligently like any other responsible citizen and accomplish my dream as a military lady”.

She revealed that some of their seniors were secretly encouraging them not to lose hope and continue fighting for their right.

Tlhapisang encouraged women to stand up and fight for their rights.

Uariua stated that he had found a better job and was happy that he has played his part in military and served Botswana to the best of his ability though it was short lightered.

“He did not speak like a leader instead he continued to be rude to us and we gave up and took the legal route”.

He urged BDF to accept their mistakes and allow his partner to be reinstated without any problems.

“They simply have to comply with the court order”.

Permanent Secretary at the Ministry of Justice Defence and Security Segakweng Tsiane told Sunday Standard that, “this is an operational matter therefore BDF is better placed to respond.