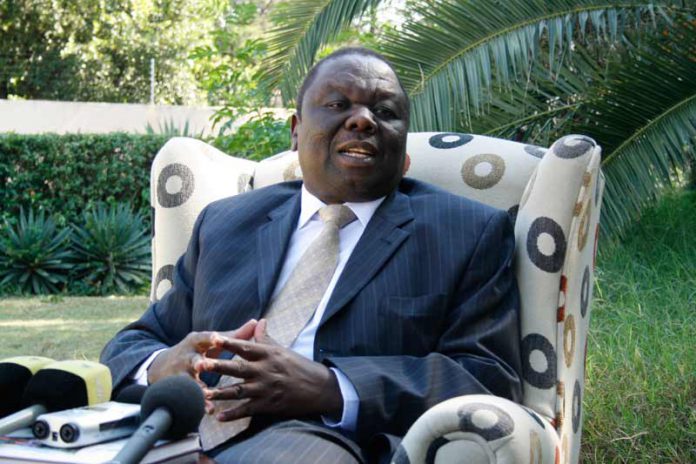 Political bickering between the two major parties in Zimbabwe, Zanu PF led by Robert Mugabe and MDC led by Morgan Tsvangirai, could derail the ongoing critical process of┬á the drafting of the country’s new constitution which began early in November, 2011.

The country, which attained independence from Britain in 1980 after a protracted armed struggle, has been using the British brokered Lancaster House Constitution of 1979 although it has been amended 20 times.

The need for a new constitution was agreed upon after the 2008 elections in which the MDC beat Zanu PF in the parliamentary elections and, in the presidential elections, Tsvangirai, who had won the initial round, pulled out┬á of the re-run┬á because of violence against his supporters.

The two chairmen in the Copac, the constitution making team, Munyaradzi Paul Mangwana for Zanu Pf and Douglas Mwonzora for the MDC, differ sharply on the modalities of the current process, which has seen a number of setbacks before.

Mangwana, who is supported by the moribund former freedom fighters led by Jabulani Sibanda, is not happy that the constitution drafters are ignoring what he calls the “people’s views and trying to smuggle issues like the rights of homosexuals into the proposed constitution.

On the other hand, Mwonzora is happy about what the experts are doing and has said┬á people “must be patient until the end”.

The majority of people in Zimbabwe do not want homosexuals to be accorded so-called rights in the constitution but Tsvangirai, in one of his several political boobs since he assumed control of his party, surprised many┬áeven within his own party when he insisted that homosexuals must be accorded privileges in the new constitution.

Britain, the USA and most of the European states seem to support homosexual rights but Mugabe has condemned them, saying their behaviour is similar to that of dogs and pigs and is anti African, culturally, a view that is shared by most Zimbabweans.

The war veterans, led by Jabulani Sibanda, are now urging the┬á President to dissolve Parliament and call for early elections because they are not happy about the manner in which the drafting of the constitution is being handled.

They want Mugabe to use the old Constitution and hold elections, risking sinking the country into chaos.

Besides homosexuals, other contentious issues raised by Zanu PF within the constitution making process include dual citizenship and the death penalty. These contentious issues┬ámight derail the delicate process and give room to Mugabe making a unilateral decision about the way forward.