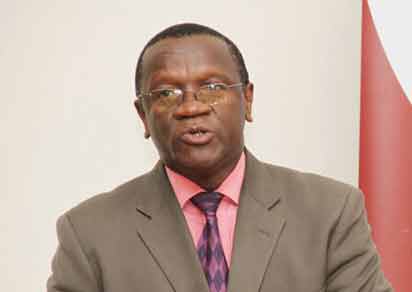 BIUST Vice Chancellor Professor Otlogetswe Totolo has confirmed allegations that the university has lost millions of Pula due to financial irregularities.

Sunday Standard recently reported that two senior administrative officials at the university were suspended for alleged graft arising from huge salaries, not in their contractual obligations, being deposited into their bank accounts.

In a memo written to staff, a copy of which has been passed to the Sunday Standard, Professor Totolo states “You are kindly informed that PriceHouse Water Coopers (PwC) has been appointed to carry out an investigation at BUIST following allegations of financial irregularities reported to the Executive Management.”

Totolo added: “In line with good corporate governance, the Executive Management is committed to have the issue investigated and be advised accordingly.”

The Vice Chancellor advised that staff may be approached by PWC representatives to avail information, documentation or to attend a consultation meeting.

“I urge you to fully cooperate in this investigation. Should you be required to meet with PwC, the Office of the Deputy Vice Chancellor (Finance & Administration) will make the necessary arrangements,” said Totolo.

Asked to comment on the investigations, BUIST’s Director of Communications and Public Affairs Keoagile Rafifing said: “In accordance with our policy, the contractual agreement between suppliers is not privy to third parties. As a result we are constrained to comment on your queries.”

Sunday Standard has learnt that PriceHouse Water Coopers auditing firm has been engaged to conduct a forensic investigation in alleged financial irregularities at the institution. There are fears that the investigations, if made public are likely to soil BUIST’s image locally and internationally.

Sunday Standard understands that BUIST management is doing everything possible to keep the investigations secret. Sources have expressed concern that apart from the fact that there is no clear terms of reference to guide the auditors; the outcome of the investigation is likely to be a contentious one. They even claim that some top officials at BUIST are conflicted as they are friends with some top officials at the auditing firm.

It is understood that the investigations relate to funds which were sourced from Germany and other regional countries and research institutes under the National Energy Education Project (NEED) some time ago but were “slushed”.

PriceHouse Water Coopers auditing firm also intends to validate the findings of independent accounts that had been done by BUIST.

This relates to an audit into the write-off account and the inventory account where it is suspect that over P12 million worth of assets are reported to have vanished without a trace.