BOBA LOOKS BACK AT FAILED TRIP TO RIO GAMES 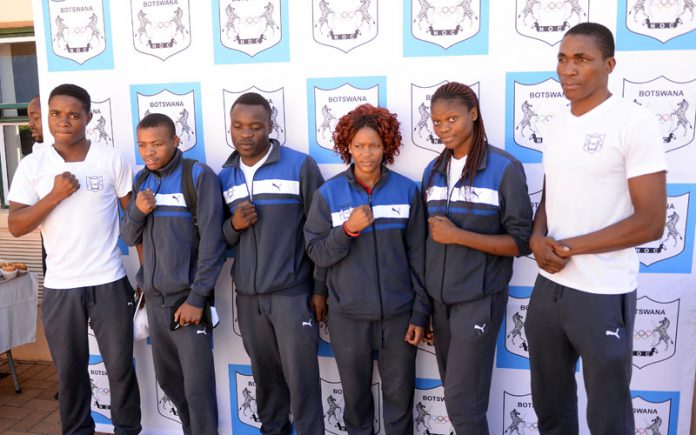 Botswana Boxing Association (BOBA) has attributed their failure to qualify for the Rio 2016 Olympics to unforeseen set-backs that local boxers encountered as they prepared for the Games.

The 2012 Olympics debutant Oteng Oteng alongside Tirafalo Seoko, Mooketsi Lekgetho and Kagiso Bagwasi were enrolled into a four-year long training programme with the aim of qualifying for the 2016 Olympics but dropped out along the way owing to various commitments.

Bagwasi was the only boxer who was among the four that completed the programme since Oteng and Lekgetho pulled out due to academic commitments while Seoko was still battling with his disciplinary issues which heavily dented BOBA’s hopes of competing at the ongoing Olympics in Brazil.

BOBA President Dr Thato Patlakwe said they were also disappointed as the association to have failed to qualify for the Rio 2016 Olympics following their unsuccessful efforts and investments they had done over the years on their quest to make a mark in Brazil.

“First and foremost consistency is very important to us as a country because we once had representatives at both Olympics and Commonwealth Games and we were much recognised as a threat to other countries but this time around we were reduced to mere spectators after we failed to qualify despite our initial concrete plan that we put forth for our local boxers,” he explained.

Patlakwe further stated that they had to start from scratch and assembled a new youthful and naive team that didn’t have enough time and resources to prepare for the Olympics despite its domination in the Zone 6 regional championships.

“We had to resort to plan B in which we selected the best performing boxers within the local clubs through interclub championships where they did fairly well and we took them to a series of competitions within Africa still as part of preparations for the Olympic qualifiers, so everything was done in the chase of time and that were the findings we got from the various meetings we held as the executive committee while compiling our yearly report,” he added.

The team that comprised of five males and two females comprised of Zibani Chikanda, Kagiso & Kabelo Bagwasi, Keamogetse Kenosi amongst the others  failed to meet the qualifying standards at the Africa Olympics qualifiers that were held in Morocco in March.

Patlakwe added that they were now focusing on rebuilding the team that that would be tasked to qualify for the Commonwealth Games before they head to the Tokyo 2020 Olympics.

“We intend to forge a formidable team (athletes and coaches) that will reach greater heights. We are going to merge the youngsters with the current crop to come up with a complete squad that will pose a serious threat to other nations,” he said.

“It’s very important for us to use our available resources and funds wisely so that we go a long way because we are one of the codes which are doing well locally despite the financial challenges that are faced by almost every code,” he stressed.