CEOs Molotsi, Kgosidiile axed for questionable loyalty to the BDP 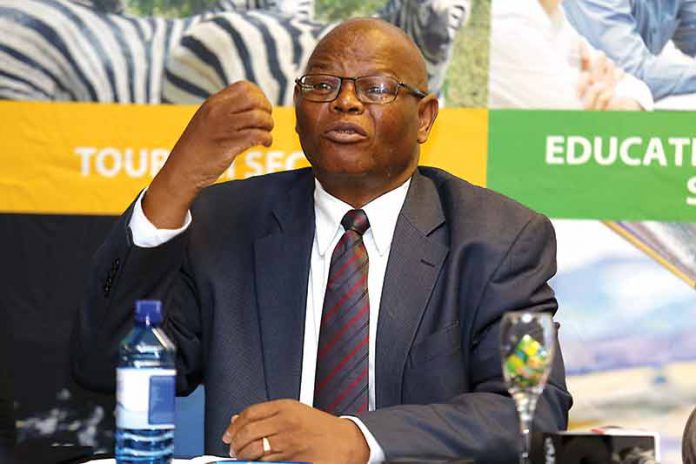 Cabinet has rejected calls by the Board of Directors to renew the contract of the Chief Executive of Motor Vehicle Accident Fund, Cross Kgosidiile.

The Board was also supported by the Ministry of Finance under which MVAF falls.

Initially Kgosidiile was told to leave by end of October, but a late minute intervention by some board members requesting cabinet to give him a reprieve saw him given two more months.

The Telegraph has learnt that cabinet was divided on Kgosidiile, after the line ministry recommended that his contract be renewed as he was the best performing CEO in the entire portfolio of parastatals under the Ministry of Finance.

But there were some in cabinet who argued strongly that Kgosidiile was too close to the Botswana Congress Party and could thus not be trusted.

The ruling Botswana Democratic party is still hurting and smarting from terrible performance at the General elections last year.

The entire public service has been accused of supporting the opposition and there is a clandestine purging exercise that is ongoing that includes not renewing contracts but also transferring those in the public service deemed ÔÇô rightly or wrongly ÔÇô to be sympathetic to opposition.

“At that cabinet meeting we had ministers who said a recent re-branding of MVAF has all the colours of the Botswana Congress Party. One minister was vehement that if Bobirwa is to be retained by the ruling party then Mr. Kgosidiile had to go as CEO of MVAF,” said a government official close to the developments.

Curiously, four years ago at the height of upheavals of the Botswana Democratic Party following the split, Kgosidiile was among a small of technocrats assembled by Minister Venson Moiotoi to brainstorm ways to save the BDP.

Fako was to later become Vice Chancellor of the University of Botswana while Dr Tsheko fell out with the BDP after he was continually snubbed trying to become a Chief Executive in a number of parastatals, including the then Botswana Export Development and Investment authority (BEDIA).

He is now a ranking member of the opposition Umbrella for Democratic Change.

Pabalinga is Chairman of the powerful Communications and International Relations Sub-Committee of the BDP.

“The BDP is clear now that party membership is not enough. A CEO has to actively show what they have done for the party,” said another insider.

Another CEO of a government parastatal who will be leaving because they are viewed too sympathetic to Botswana Congress Party is Dr Patrick Molotsi who heads the Human Resource Development Council.

The Telegraph has seen a copy of a letter signed by Minister of Education, Unity Dow instructing the Council to advertise his position and come back to her with a list of at least three names from which to pick.

Dr Molotsi has been acting CEO since the Human Resource Development Council was created following the dissolution of its precursor, the Tertiary Education Council of which he was a long time CEO.

Also mostly likely to face the axe is the Executive Secretary of the Botswana Examinations Council, Professor Brian Mokopakgosi.

His loyalty to the ruling party has of late been a matter of intense debate especially at the Ministry of Education.

A person close to the debate surrounding what to do with Professor Mokopakgosi has said the issue of contention has to do with the fact that Mokopakgosi does not have a BDP membership card.

A few years ago at the Botswana Defence Force, Major General Pius Mokgware was sacked following trumped up charges after he had resisted persistent calls on him to get a BDP membership card.

General Mokgware is today Member of Parliament for Gabane/Mmankgodi under the UDC ticket.