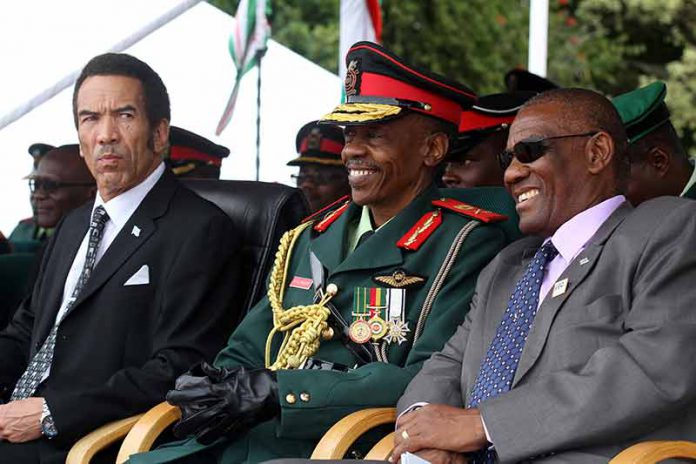 The South African Minister of Intelligence, Siyabonga Cwele, has been asked to verify a controversial intelligence report which claims that President Lt Gen Ian Khama was trained by the American Central Intelligence Agency (CIA) and that his rise to the presidency was part of an American conspiracy.

The report, which in part projects Khama as a pawn in the American chessboard, is being circulated in South Africa in a campaign to discredit suspended COSATU General Secretary, Zwelinzima Vavi.

The suspended COSATU leader announced this week that his lawyers will ask the South African Minister of Intelligence “to check if this report is a product of any of the state organs. We will also write a letter to the Inspector General who is the intelligence ombudsman to ask him to investigate if state institutions have not been abused to divide workers organisations and smear individuals”.

In a letter to COSATU, Vavi lawyer, Senior Counsel PJ De Bruyn, states that the report “has clearly been written by a double (triple?) agent”.

The report states that Khama was trained as a commando at Sandhurst Academy in the United Kingdom and “was the only trainee at the academy who was given a private jet to fly in and out of Langley (CIA headquarters) to receive intelligence training”. He came back and 10 to 15 years down the line he is the president of BDP. This is not by virtue that his father was the first president of Botswana. It was because of National Endowment for Democracy (NED).”

According to the report, “NED is a powerful multibillion dollar NGO, based in the States and controlled by the US State Department. Its mandate overtly is to fund NGOs to promote human rights, good governance and democracy projects and covertly it tracks down terrorist cells and fund NGOs to take governments head on and also political parties”.

The report claims that Botswana’s economy is controlled by Americans and that most of the country’s ministers “were trained by NED on governance, democracy and advocacy, NED that shared offices with CIA. These ministers are Masisi, Mokaila, Tshekedi Khama, Dikgakgamatso Seretse among others”.

The controversial report further states that President Khama’s “security sector is run by US special force and CIA trained operatives, all of whom having been in the BDF.

“The Chief of Intelligence, Isaac Kgosi, is Khama’s right hand man; The Prison is headed by Silas Motlalekgosi another right hand man, Police detective branch is run by FBI trained operative. FBI runs its programs at the International Law Enforcement Academy” (ILEA) which is based in Otse a few kilometers from Gaborone.”

The report claims that “80 Rwandans have already undergone training at ILEA in Botswana and have been infiltrated into Rwanda. 100 more are undergoing military insurgency training and will be dispatched next month. I have names of people involved in this recruitment and training here in SA, Botswana, Mozambique and Zimbabwe”.

“ILEA might be funded by Africans and the US but this project is covert and funded by NED, World Movement for Democracy (WMD) and a group of wealthy business associates in Belgium. The same group of ex-special forces, intelligence personnel and secret service guys are the ones training these guys. It is not sanctioned and no one knows about this. This is a military wing of the Rwandan National Congress which has its bases here and also in the countries I mentioned before.

“ILEA is a SADC training college funded by Africans and Americans. The NED and WMD are using it as a front,” states the report.

It further claims that, “A Military barracks in Molepolole about 40 miles from Gaborone is an American Base, we have foreign personnel undergoing training there and does anyone know about that??? No”.

Vavi, who fares badly in the report circulated among the federation’s leadership, claims it was fabricated to smear prominent South Africans, including himself, Cyril Ramaphosa, Tokyo Sexwale, Judge Dikgang Moseneke, metalworkers union leader Irvin Jim, and others “perceived as opponents and who dare to speak truth to power”.

Vavi released a copy of the explosive report at a press conference in Johannesburg on Friday.
Associate Editor at the Daily Maverick, Ranjeni Moonsamy, told 702’s Redi Tlhabi that the so-called reports are laced with some truths.

“It’s completely bizarre how our politics has come to be defined by these rather bizarre reports and how the nation gets gripped by them. From the looks of it, they are classic disinformation campaigns. It appears to be the work of rogue elements, information peddlers. I think what makes these reports intriguing and captures the public’s attention and even the attention of people in authority is that they’re laced with some truth. So it’s difficult to disregard them in their entirety.”

Moonsamy also said the so-called intelligence reports have become prominent in the ANC over the years.

“These reports have been used for different objectives. With the plot allegations and the Browse Mole Report, they were feeding into a particular faction within the ANC and the same has happened with the hoax email saga, they played to divide the ANC. But I think the Ground Coverage Report and the Vavi Report are different because the content is so bizarre and so discredited. There’s no possible way to give any credence to the report. There is no base even for an investigation. All it does is spread disinformation.”