Diamond prices on the rise but… 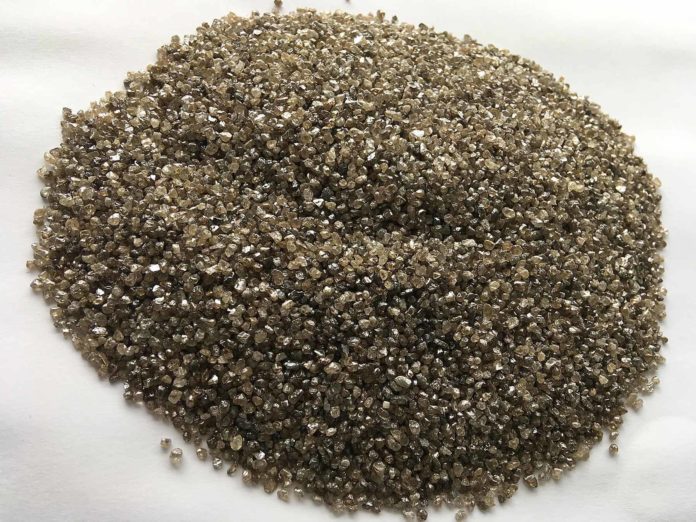 Though diamond production and sales have been suppressed for much part of the year, positive sentiments have caused diamond prices to rise, exciting producers as they hold on to signs of early recovery.

Debswana, one of the world’s longest known public private partnership between the Botswana government and diamond mining giant De Beers, produced 4.8 million carats of diamonds in the third quarter of 2020, 15.3 percent lower than the 5.7 million carats produced in the corresponding period in 2019, due to lower production at Jwaneng and Orapa mines.

Production at the world’s most valuable mine Jwaneng was down by 32 percent while Orapa mines, which include Letlhakane and Damtshaa decreased by 1 percent in the period between July and September. The drop in production reflected the lower demand for rough diamonds due to COVID-19 pandemic containment measures that affected travel restrictions and business operations.

“The COVID-19 containment measures and the resultant limited midstream diamond cutting and polishing capacity, particularly in India, adversely affected the demand for rough diamonds,” Bank of Botswana said in its latest statistics.

Lucara Diamond Corporation, which owns the prolific Karowe Mine in Botswana known for its huge diamond finds, also saw its output  falling by 15.3 percent to 88, 908 carats in the third quarter, down from 104, 990 carats in the corresponding period in 2019 . Despite the nationwide lockdown, the mine as an essential services provider  continued throughout the COVID-19 pandemic period. The decrease in production was caused by lower recovery of smaller-sized diamonds and the absence of re-processing of tailings in the period under review.

In the period under review, Lucara’s output fell by 12.1 percent from 101, 203 carats in the second quarter of 2020. Nonetheless, a total of 193 special stones – which are diamonds larger than 10.8 carats – were recovered, including eight diamonds greater than 100 carats and three diamonds greater than 200 carats. Special stones accounted for 6.5 percent of total carats recovered during the period. In July 2020, Lucara unveiled an unusual partnership agreement with HB Antwerp, entering into a definitive supply agreement for the remainder of 2020, for all of the diamonds produced in excess of 10.8 carats from the gem quality churning Karowe mine whose high value diamonds have historically accounted for approximately 60 to 70 percent of Lucara’s annual revenues.

Meanwhile, after what looked like a lost year marked by muted demand and cancelled diamond sales, the global rough diamond price index increased slightly by 0.47 percent from 126.6 points in the second quarter of 2020 to 127.2 points in the third quarter of 2020 as COVID-19 restrictions continued to ease in most countries across the world thus, improving trade of diamonds and manufacturers’ demand and trade for rough diamonds.

Signs of recovery in the diamond industry have been championed by De Beers, which reported another improved rough diamond sales cycle as the company’s flexible approach appears to be achieving the desired results at a time the diamond industry is slowly recovering from a slump. The diamond mining company’s fortunes remarkably improved in the third quarter of the year, with rough diamond sales totalling 6.6 million carats  from three sights compared with 0.3 million carats  from two sights in the second quarter of  2020, but was lower than 7.4 million carats from three sights in the third quarter of 2019.

De Beers holds ten Global Sightholder Sales and Auction Sales every year in Gaborone and the sights or auction sales are restricted to its top 80 Sightholders who buy the diamond packages at a price determined by the company. However, De Beers had to break from tradition this year, making several concessions, which included cancelling the third sales cycle, and temporarily moving away its sights from Gaborone, and later combined the fourth and fifth cycles together. Even then, sales were still lower by any standards. However, following the flexible approach adopted by De Beers, the sixth and seventh sights have traded near pre-pandemic levels, after the sights were extended beyond its normal week-long duration.

Overall, Botswana sold P24.2 billion of diamonds in the nine months up to September, down from the P39 billion in the same period last year.