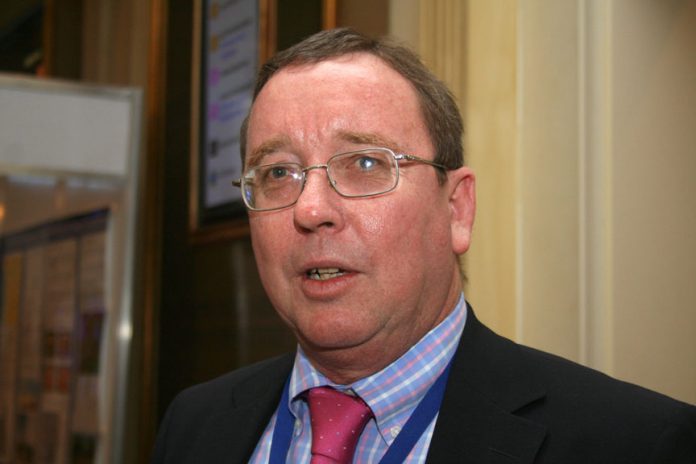 DiamonEx Limited, the mid-tier diamond explorer, saw its share soaring 20 percent last week as it listed on London’s Alternative Investment Market (AIM), strengthening its hopes for its first production at Lerala Mine by the beginning of next year.

The Brisbane-based company has now completed a circle of tri-listing on the ASX, BSE and LSE which is a move aimed at raising capital for its mine production.

DiamonEX is one of the companies that have decided to invest in Botswana ÔÇô which is labeled by African Diamond chief, John Teeling, as the best address for diamond exploration in the world ÔÇö- in the Tswapong area, adjacent to South Africa border within an area with confirmed resource of 3.7 million carats.

The London listing move comes at a time when one of the world’s leading mining fund management companies JP Morgan has just taken a stake in DiamonEx.
“This significant investment by one of the world’s most highly regarded resource industry investors highlights the growing confidence that is emerging in DiamonEx as Lerala project approaches production.

“The construction at Lerala is well advanced, with the mining scheduled to start in late 2007 and first production due in early 2008. Lerala is schedule to produce an average of 330,000 carats per year for 10 years,” King said.

The developments come ahead of the P 50 million four-year convertible bond with an undisclosed pricing system that was arranged by Fleeming Advisory Services and which is due to be listed on the Botswana Stock Exchange by next month also aimed at raising capital for Lerala Mine.

Lerala Mine lies about 120 kilometers from Palapye ÔÇô a place earmarked for the development of the country’s second university ÔÇô and it is expected to create close to 300 new jobs directly.
At full production, the mine is to produce 330,000 carats per annum over its life span of 10 years. Its production will be marketed by a London-based company, WWW International Diamond Consultants, which is involved in similar arrangement with mining companies in Canada.

The mine is forecast to have a net operating cash flow of US $100 million on revenue of US $ 230 million over a period of 10 years.

The mine will be an open cut operation and there is a provision for underground mining after 10 years.

“We are busy working on plans to extend the life-span of the mine to beyond 10 years. As part of the plan, we are doing magnetic flights to determine the kimberlite resource and we are taking soil samples to South Africa and Australia for testing,” Mark Cotzee has said.

DiamonEx has several exploration licences in the Tuli-block and some in areas around JwanengÔÇöwhich they have not yet acted upon.

“We are looking at mining five pipes around Lerala in order to extend the life-span of the mine,” he added.
The pipes that have been earmarked for mining are K2, K3 ÔÇô which is the biggest ÔÇô K4, K5 and K6.

Lerala was formerly mined by De Beers who left because the deposits there were of a smaller scale. Further, De Beers by then did use old and second hand equipment which made it unviable.
The Lerala deposit has about 25-to-30 percent gem-stone diamonds while the rest is industrial diamond.

The biggest stone ever discovered there was 17 carats but DiamondEx exploration has only gone as far as three carats. According to DiamonEx valuation, each stone will average US $ 55 per carat.
DiamondEx is also planning to go back to the tails which were left by De Beers with the use of modern technology to salvage whatever diamonds could have been left behind.

“We have gone 110 meters below the surface with our drilling and what we believe is that we will be able to do open pit mining up to that level. Thereafter, we will have to do a shaft,” Cotzee said.

The mine is boosted by the envisaged diamond shortage in the market and the price spikes that are being driven by the Chinese and Indian markets. The supply shortage has impacted on De Beers’ results for last year as they tumbled six percent against the prior year.

In the next 10 years, diamond prices are expected to rise by 50 percent.