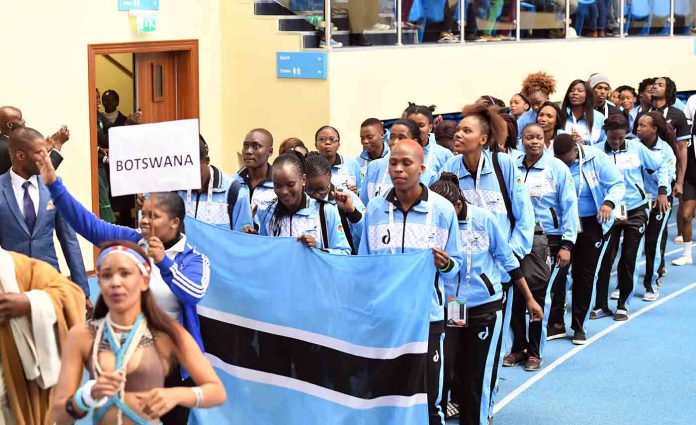 Botswana’s recent poor performance in the World netball fraternity has taken its toll and landed the country further down the World rankings.

Once regarded one of Africa’s finest, the country finds it difficult and currently placed 25th in the International Netball Federation (INF) World chat of affiliated netball nations.

With the latest rankings released in July, the upcoming rankings set for August may plummet becoming a further disaster for local netball rankings.

The hugely embarrassing position follows a combination of lacklustre performances in the past few years which culminated with successive failures to qualify for the world netball cup, with the latest being the just ended London 2019 world cup that was scooped by New Zealand.

The London world cup witnessed four African nations South Africa, Malawi Uganda and Zimbabwe amongst the top 10 at the championships.

Tracking back a few years ago, Zimbabwe and Zambia were eager to reach Botswana’s limits. However, it has turned out that Botswana struggles to match her counterparts in recent years with Zimbabwe now ranked 13th and Zambia 15th on the chats.

Botswana is currently ranked 6th in Africa. South Arica ranked 5th in the world is Africa’s number one followed by Uganda on second position while placed sixth in the world.

Placed ninth in the world, Malawi occupies a third spot in Africa followed by neighbouring Zimbabwe on the fourth place and Zambia on the fifth spot.

With the latest rankings expected to be released this month, Botswana is at risk of dropping further down following the appearance of the likes of 26th placed Singapore at the London world cup.

The netball ranking system presents a true reflection of the quality and standing of performances of international teams and the system can be used with confidence for qualification purposes of major tournaments. Speaking to Sunday Standard this week, Botswana Netball Association (BONA) mouthpiece Theresa Hirschfield said it is disheartening to witness the rankings downfall.

‘’Honestly it is disheartening we have dropped following failure to honour some competitions due to financial constraints. We were once invited for a four nations tournament in Singapore and could not make it to the tournament which earned ranking points for some nations. It is our wish that we honour more international games to improve on our rankings,” said Hirschfield.

She acknowledged that they are failing to address the constituency league predicament which forces them to select players from the league for national duty. ‘’We are also challenged by the fact that good players have now decided to play in the constituency league and it is hard to monitor their training at such clubs and at times we are forced to bring on board some of the players from that league in the national camp. It is not easy in Africa as the games are now more competitive and we are hoping to improve soon,” Hirschfield told The Sunday Standard.