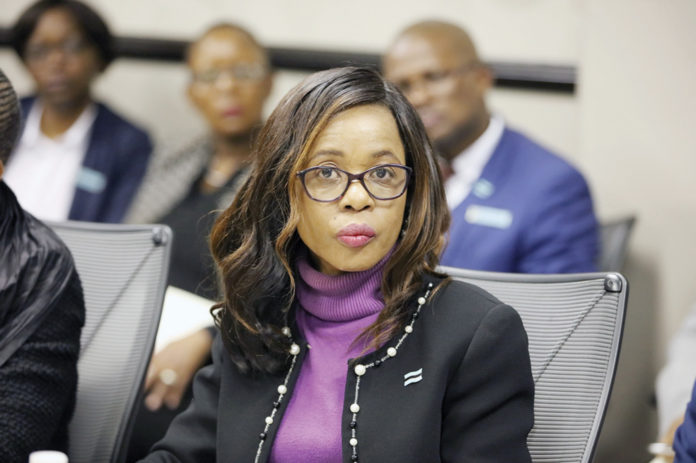 The World continues to battle with effects of COVID-19 which continue to accelerate rapidly across the globe. As countries close shops, borders and beg their citizens to stay at home, both domestic and global economies are looking less healthy by the day.

Governments are also taking economic, fiscal and monetary measures that involve increasing social spending, lowering interest rates, intervening in foreign exchange markets, suspending bank credit fees, providing lines of credit for the payment of company payrolls, freezing the reconnection fee for households that fail to pay their water bills, and actions to avoid depleted stocks of basic goods, among others.  A global recession is now a real possibility.

In the case of Botswana recently, Finance Minister Dr Thapelo Matsheka announced that the central bank is currently working on reviewing the bank rate. Amongst other interventions that the government has come up with to cushion the economy during this difficult time are; “three months moratorium loan repayments for citizen companies that will be affected by the virus, restructuring the existing loans and extending repayments, life premium insurances will be restructured and insurance products will be discounted.” The Citizen Entrepreneurial Development Agency has also set aside P40million to support small medium enterprises with short term working capital. According to the Trade and Investment Minister, Peggy Serame, a further stimulus package plan will be determined after six months after studying the impact of the virus as it continues to be monitored.

Looking at the neighbouring South Africa, who is a major trading partner to Botswana, President Cyril Ramaphosa announced recently various measures that the government was implementing to cushion the already ailing South African economy against the economic shocks of Covid-19. These measures included tax subsidies for small businesses and individuals, lower contributions to the unemployment insurance fund, help for households that are in debt and a relief fund for businesses that may have their operations affected by the virus.

Internationally, the US has already decelerated into a near-zero interest rate zone, with the European Central Bank already charging a 0.5percent to banks parking funds in its virtual vaults in a bid to encourage lending. Like in the USA, the Bank of England has also slashed its key interest rate to 0.25percent as one of the many measures aiming at shielding Britain’s economy from the consequences of the COVID-19 outbreak.

A pro-growth demand and supply pattern is likely to only re-emerge after the full effects of COVID-19 begin to wear off, but for now, economies are trying to limit the effects. Global Central Banks, notably the U.S Federal Reserve have begun to pledge hundreds of billions of dollars in asset repurchasing and other forms of measures aimed at cushioning against accelerated recession. China has cut back on reserves banks are expected to hold as reserves for the second time this year as a stimuli for the coronavirus-hit economy.

The spread of COVID-19 has started to hit the Sub Saharan Africa in earnest from mid quarter 1, and although initially at a slow pace, the rate of climb is visibly accelerating. Resource based economies like Botswana will be impacted negatively by a slump in global demand, whilst agriculture strong holds within the region, notable those in East Africa are battling the effects of a locust outbreak. In South Africa, it remains to be seen if Moody’s and Fitch will, like S&P downgrade the South African Sovereign Rating to a non-investment grade which will further complicate the misfortunes of Africa’s second biggest economy.

Going into 2020, the Gross Domestic Product growth rate for the local economy was expected to accelerate to 4.2percent, which was to be a somewhat decent jump from the 3.8percent expected for 2019. Increased domestic consumption on the back of a successive increase in public sector salaries and a boost in aggregated mining output supported by the recent significant investments into the sector were to underpin the 2020 growth. This would supplement performance of other sectors that saw growth in 2019, namely; finance and business services, trade, hotels and restaurants as well as transport and communications.

Prospects now look different as a result of COVID-19, mining output will likely be impacted, particularly during winter months when the coronavirus pandemic is likely to accelerate, whilst the tourism and the transport sectors are beginning to realise early impact. Necessary measures are being taken by the local authorities in line with global trends, and these point to a pronounced slowdown in domestic consumption as the nation focuses on preventing catastrophic outcomes of COVID-19.

This pandemic has the potential to reshape geopolitical globalization, but it is also an opportunity to recall the benefits of multilateral action. One may suggest that, this calls for a time for the United Nations to begin to see how policy coordination can serve to support developing countries, since the asymmetries between developed and developing nations will be ever more clearly noticeable.