From hero to zero ÔÇô Thebe hung out to dry 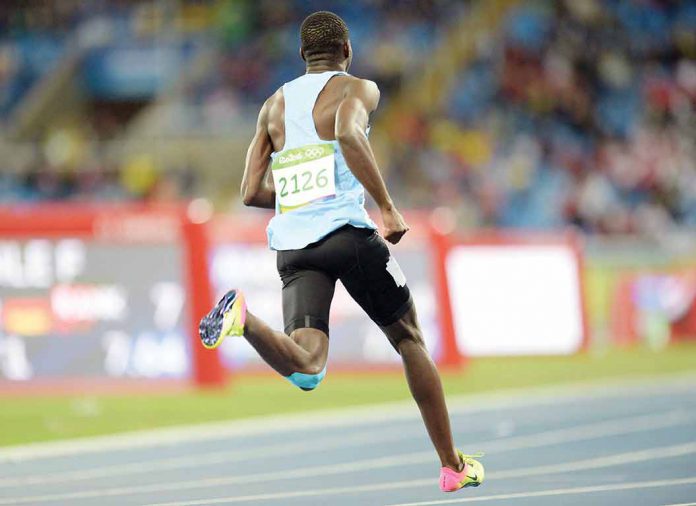 Botswana’s 200m and 400m track star Baboloki Thebe who is nursing torne quadriceps following an injury suffered during a recent national assignment has been abandoned by the state and left to his devices.

Thebe suffered a 1.5 ÔÇô 1.7 cm tear in one of his left quadriceps muscles while representing the country in the 400X400m relay semifinals at the just ended World Championships.

Despite promises by the powers that be that he will be tended to, it has since emerged that Thebe has never received any medical attention since his return from the World Championships almost a month ago.

“I went there to compete for my county and this is how they thank me, it is really painful and frustrating,” Thebe said.

Even more frustrating for the youngster is that the injury happened in the same muscle he tore last year. It is alleged the initial injury was not treated properly, leaving him prone to another muscle tear.

The neglect is said to have irked Thebe’s manager, Fedrico Rosa of Rosa Associates who has since booked a round trip air ticket to take Thebe to Italy for medical attention because the country has failed the decorated athlete.

Seething with anger, Thebe, who quietly slipped out of the country today (Sunday) to go for medical attention, say in future he may consider choosing races which will benefit him before the country.

“If this thing continues in future I will end up choosing races and it will be me before anything else” the youngster said.

What frustrates the athlete even more is that after he suffered the injury, his manager proposed to take him straight to Italy to attend to his injury.

Rosa’s efforts were however rebuffed ‘as the athlete was wanted home to attend a welcome ceremony’ organized by the Ministry of Youth Empowerment, Sports and Cultural Development and the Botswana National Sports Commission (BNSC).

Thebe told Sunday Standard that when the idea of being flown to Italy for medical treatment was mooted, the Botswana delegation refused and promised he would be taken to Bokamoso Private Hospital for medical attention.

The injury robbed ‘G-Man,’ as Thebe is affectionately known, of a chance to compete for a Diamond Trophy and $50,000 prize money at the Diamond League finals.

Prior to his injury, Thebe was one of the main contenders for the prize. The youngster was leading the 400 meters with 35 points prior to the final stage of the diamond league.

G-man explained that instead of being supported by the country and sporting organizations he was supported by Nigel Amos who was constantly checking on him because he was worried that his colleague was being neglected and was going through tough time.

“In cases of all athletes who are injured during the national team assignments we write a letter to BNSC to assist so that the athlete can receive medical attention immediately”, said Ramatshaba.

Asked if there was any policy to compensate athletes who are injured in the course of national duty Rmatshaba said, “We don’t have such and we don’t recognize the diamond league”

The shoddy treatment meted to Thebe flies in the face of what was promised by the minister of Youth Empowerment, Sport and Cultural Development, Thapelo Olopeng during team Botswana’s welcome ceremony.

Speaking at the event, Olopeng said he wanted the athletes to be treated like Kings and Queens and promised local athletes will be duly taken care of and supported.