It was the best of times 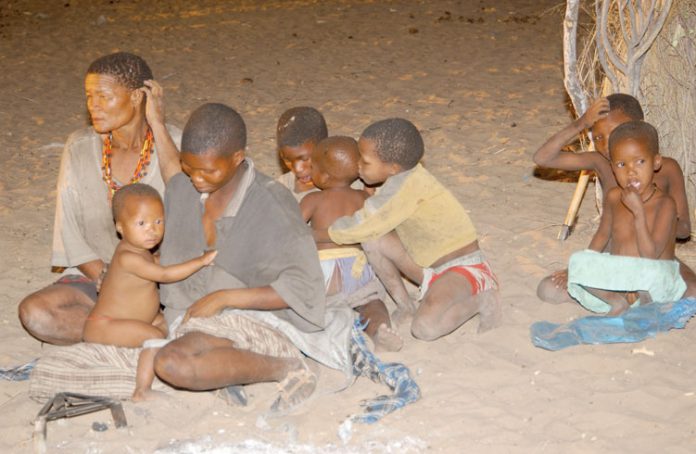 A bullet-riddled SUV stormed along a dirt track, spraying out dust and rocks. Hunched behind the steering wheel, celebrated actor Leonardo DiCaprio wrestled the vehicle while his co-actors gripped the rear seat as if their lives depended on it.

The actors were not the only ones getting a rough ride in Blood Diamond, an action thriller about the illegal gem trade set during Sierra Leone’s brutal civil war which premiered in December 2006.

Most Batswana were having sleepless nights that moviegoers would walk out of cinemas with the idea that all diamonds were tainted.
Botswana was roused to the New Year by siren calls that diamonds could go the same way as the fur trade. By January 2007 the country was bracing for a major market backlash against diamonds when the movie was nominated for five Academy Awards.

The fact that 33 percent of Botswana’s GDP came from the diamond industry had even international economists and industry watchers jittery. With their experiences of “resource curse” they knew that economies primarily dependent on one natural resource have a tendency to underdevelop other sectors of their economies, and to become very sensitive to price shocks and depletion of that resource. There was fear that Botswana would not survive the market backlash that could result from diamonds’ being associated with brutality in Africa.
The Botswana problem was not helped by a group of Basarwa who were trying to hitch their campaign against relocation from the Central Kgalagadi Game Reserve on the coattails of “Conflict Diamonds’”. Basarwa activists working with Survival International took a full page ad in Variety appealing to DiCaprio to support their protest against their relocation from the Central Kgalagadi Game Reserve. They argued that they were being relocated from the CKGR to make way for diamond mining.

The High Court in Lobatse later ruled that government had acted unlawfully in removing Basarwa from CKGR. The court, however, found no link between the removals and diamond mining. The link was created mostly by Survival International (SI), who had been making all sorts of efforts to taint Botswana diamonds as Conflict or blood diamonds. They were party to the formation of a website called ‘Boycotdebeers’ whose major aim was to campaign against De Beers. Sunday Standard investigations revealed some high profile sponsors behind this heavy campaign to taint Botswana diamonds. Among the names that came up were Prince Charles and the Dalai Lama.

Botswana’s forecast was a production line of doom and gloom. Doomsayers were predicting that with the looming power crisis in the Southern African Development Community (SADC) region and high oil prices on the world markets, it was only a matter of time before electricity would be rationed in Botswana.

It was estimated that power shortages in the SADC region will be more pronounced, and that an investment of US $ 5.2 billion (about P32.7 billion) would be required to enhance electricity generation by 2011.

Botswana, however, was able to weather the storm and finished the year riding the crest of an optimism wave. Boom! There was the multimillion pula Mmamabula project here. Boom! There were diamond projects there.
Hardly four months into 2007 most Batswana investors were in agreement that it was the best of times.

Entrepreneurs, most of whom were very pessimistic in 2006, were rubbing their hands gleefully and expected to amass riches during the year, following government’s increased spending which spawned a business feel good mood. Business confidence rose by a huge 41 percent from a slump of negative 12 percent last year.

Business confidence in the economy of Botswana increased remarkably from -12 to +41 percent, taking Botswana on the optimistic plane compared to last year, stated the Grant Thornton’s 2007 International Business Report (IBR). Although below the global average of +45, the local business community has turned around to be more positive in their outlook on Botswana’s economy.
Jay Ramesh, Managing Partner of Grant Thornton Botswana, credited the new business feel good mood on the government’s increased focus on the mining sector.

“Over the past year, we have seen the establishment of diamond cutting and polishing industries, the shifting part of the activities of the diamond trading centre from London to Botswana and the development of the copper and nickel refining project. These actions are expected to increase in economic activity.”

The Diamond ParkÔÇöcomposed on the cutting and polishing firm ÔÇö which is expected to complement the establishment of the DTC Botswana is due to be on stream by early next year.

So far, 15 companies have been accredited by government to operate in the cutting and polishing.

The move comes at a time when the polishing companies in the country have just reported their first profits since they started operating here nearly two decades ago.

“We have invested huge amounts in the new technology and since then we have seen a great improvement in out cuts and quality of diamonds. And, at the same time, we have made our first profit,” Finance Manager, Marina de Jager, told Sunday Standard and Diamond Intelligence Briefs.

The talk about profit in the diamond cutting industry at a time when most of the manufacturers are based in Asian countries ÔÇö China, India and Thailand ÔÇö where the labour cost is very low by world standards, is good news to Botswana, which is about to aggressively embark on that path.

“We polish anything from pin-point up to one carat in this company. We have introduced a range of brands, such as fancy emeralds to complement our Leo Brand. And all the goods are shipped to our 2000 stores around the world,” she added.
The improvements in the fortunes of the Leo Schachter is being helped by the new machinery which is able to define the cut, colour and clarity of the stone more than a human eye.

The move towards new diamond technology in Botswana, so that it can effectively compete with the countries from the east, was first signaled by Moti Ganz, head of the Israeli Diamond Council.
“Israel has the best technology in the world as 80 percent of the world’s new technology comes from there. And as such, we do have the opportunity to build factory from zero,” Moti Ganz, president of Israeli Diamond Council and head of Moti Ganz diamond manufacturing company, said.
Three Israeli diamond polishing companies are part of the 15 companies which have been given a thumps up to operate in the Diamond Technology Park geared towards the diversification of the industry.

According to government, 3 000 jobs are to be created by the new development, which is in line with other international operations such as in Israel and Antwerp in Belgium, but , industry players said both direct and indirect jobs figure will be over 5, 000 within the next three-to-four years.
The announcement by Ganz comes at a time when the Israeli diamond industry is on the verge of launching Itech system, a new technology which is aimed at matching cheaper and faster diamond labour force in China.

The DTC will initially have the accredited companies as its sight holders and the value of diamonds to be sold to them is estimated to be around US $ 550 million. However, there is a concern about the readiness of the city council for the new developments. If Botswana is to compete, it has to organize its roads, hotel accommodation to five star standards. Museums and entertainment also need to be upgraded to world standard and establish restaurants that can serve at least one thousand different beers and wine brands to the wealth and international diamond sight holders.

The focus that government has placed on “implementation” in the current year’s budget is expected to pave way for an energetic completion of projects started during prior years. The increased spending within the economy will assist more, especially the citizen entrepreneurial businesses, to achieve economic success. It will also aid in increasing the recovery levels of various loan schemes introduced by government. The report also ranked Botswana 9th among the 32 countries that participated in the survey where women fare well in the business world. The percentage of women in senior management roles in Botswana is 31 percent, taking the seventh place among the participating countries.

“This reflects on the confidence placed in women by the owners and stakeholders in the business field. Women in Botswana are even placed high on the international positions worldwide,” states the report. The global economy is enjoying its strongest and most sustained expansionary phase since the early 1970s, on course for its fifth year of vigorous growth. The report stated that one of the reasons for the current expansion is that dependence on the U.S. to propel international growth is greatly reduced.