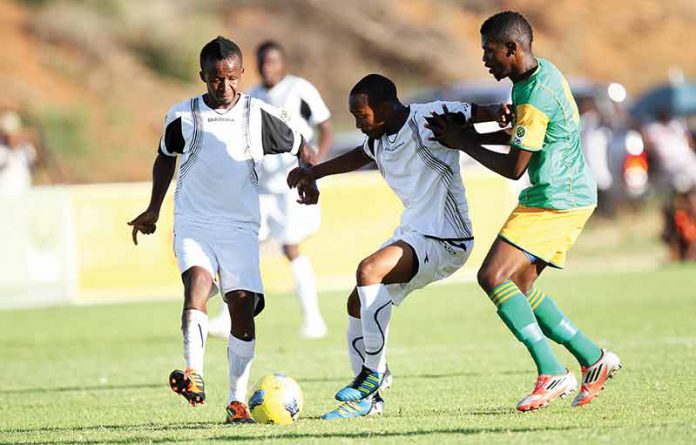 The last time Mochudi Centre Chiefs took part in the African Club Championship was in 1997 when they bowed out 4-2 on aggregate to Domoina Soavina Atsimondrano (DSA) of Madagascar in the first round of the then CAF Cup (Confederations Cup).

It was a game in which Chiefs lost both ties 2-1 in Antananarivo and Gaborone. After 16 years of absence, Chiefs make a return to African football competition in a week where the world is celebrating Valentine’s Day.

Magosi take on Mozambican side Clube de Desportos Maxaquene in the CAF Champions League preliminary round first leg tie at the 15, 000 seater Estadio do Maxaquene in Machava, which is one of the capital city Maputo’s suburbs, next weekend. There is no doubt no love will be lost when both sides clash at the stadium located in the city centre.

The return to African football comes at a time when Botswana Premier League (BPL)’s future remains in the dark. The league stopped in December and it is not yet clear when it will continue as BPL is still engaged in war of words with RP Production over television rights.

This makes their level of fitness remain in doubt ahead of their sojourn into unknown territory of the Portuguese-speaking country. To make their life more difficult, the Mozambican side has not given Chiefs a clear date of their fixture. But reports coming out of Maputo indicate that the game will be played on the night of February 15. Despite all the challenges they have faced in preparation for this preliminary round clash, Chiefs’ chairman, Ernest Molome, said that they intend to make a huge impression.

Molome said that it has been difficult for his side to prepare when there are no competitive games. Chiefs, alongside Confederations’ Cup competitors, Gaborone United, had no choice in the past weeks but to travel to South Africa for friendly games. “We have given our technical team and players a mandate to do well in this competition. We know it’s going to be difficult looking at the preparations but we believe we can stand our own. We have confidence in our squad, more so that we’ve brought in new faces in the recent transfer window. We’re on top of the log and if we can’t come with a result in Mozambique then it will mean we’re lagging behind,” said Molome.

The Chiefs’ boss pointed out that they are excited about their return to continental football but they are worried about the expense which goes with taking part. Chiefs have in the past stayed away from the African competition due to high costs involved. “It’s taxing to take part in such competition because we don’t have money. But we’ve looked around for financial assistance from companies here and we’ve succeeded. I think by Tuesday we’ll be launching a sponsorship which will see us through the competition,” he said.

Maxaquene have also been preparing hard in the build-up to this fixture after their season came to an end in November last year. Maxaca, as the Maputo side is commonly known, ┬áplayed against Mbabane sides Highlanders and Swallows in Swaziland recently. Maxaca are the champions in their topflight league, which they summed up two weeks before the end.┬á It is the attacking duo of Helder Pelembe and Manuel Uetimane which might cause headaches for Chiefs. Both strikers played for the Mozambican squad when they played South Africa in September.

The Machava-based side is coached by the experienced Arnaldo Salvado who has won 10 titles in his country.