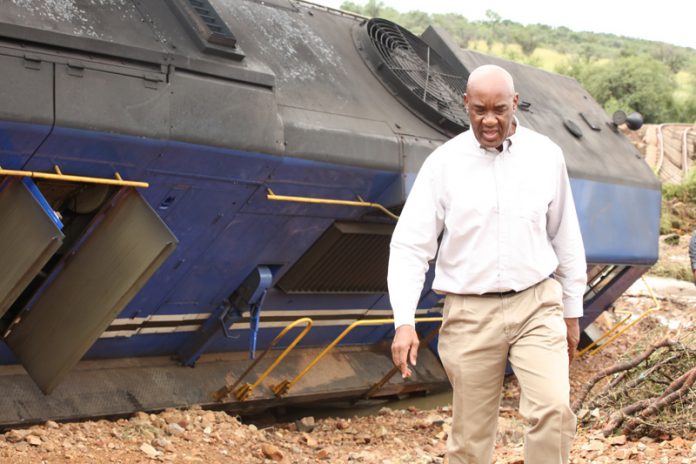 THOU SHALL FORCE ISPs TO REDUCE INTERNET PRICES

Key among the wishes of many internet users in the country is to get “value for money” from the service.

Mokaila is in agreement with internet users that indeed most Internet Service Providers (ISPs) are “ripping off” consumers through exorbitant charges.

In August 2012, BTC, while the holding company for a company now known as BOFINET reduced its wholesale internet bandwidth (BOTSGATE) prices by up to 59 percent as a result of the commission of the West Africa Cable System (WACS) undersea cable. Most internet users strongly believe that such was not passed to them.

Despite that reduction and that followed as well as the government’s heavy investment in internet infrastructure, which was meant to reduce the cost of connectivity to households and businesses, end users still pay heavy prices for internet package.

The regulator, Botswana Communications Regulatory Authority (BOCRA) has been quiet for some time. But on Thursday, before he was even asked questions related to the matter, Mokaila told journalists that the high costs of internet in the country is also giving him headache.

BOCRA Chief Executive Officer Thari Pheko however stressed the need for consumers to “shop around” for cheaper services based on their needs.

Mokaila, on the other hand, maintained that he would meet with ISPs before the end of March to ensure that they reduce the prices, “or I will have no option but to do something as a responsible minister”.

THOU SHALL NOT APPOINT AIR BOTSWANA CEO SOON

The national airline, Air Botswana’s mystery of operating without a permanent General Manager is back. Air Botswana has never been stable since the departure of Joshua Galeforolwe a few years ago. Since then, all the past substantive General Managers appointed jumped ship before the end of their contracts.

Upon the departure of Galeforolwe, the then Finance Manager, Cornwell Muleya was appointed on an acting basis. This was shortly before the appointment of Willie Mokgatle who later resigned and joined Shell Oil International.

Other subsequent appointees include Beatrice Selotlegeng, who was also appointed on an acting basis before she paved way for Lance Brogden. It was after Brogden left Air Botswana that the then Finance Manager Mphi Tlhomelang and Maemo Bantsi (Head of Human Resources) were appointed (on acting capacities).

The then Air Botswana board was later to appoint a British national Mike Higgins. Higgins to everyone’s surprise tendered his resignation within three months of his appointment and was replaced with Sakhile Reiling, a Zimbabwean national.

But just under two years at the helm, Reiling, who was also the first female head of the airline in 2011, dropped a bombshell; she announced that she would be leaving the ailing national airline.

Her move was seen as a major blow to Air Botswana since upon her arrival at Air Botswana, she had been driving a major strategic plan of recovery for the struggling national airline.

It was under the leadership of Reiling that Air Botswana was readmitted into the International Air Transport Association (IATA) as a full member after finally passing the exacting IATA Operational Safety Audit (IOSA) audit. Air Botswana had been failing the audit since 2007.

The Zimbabwean-born pilot also helped Air Botswana’s financial recovery, reducing its net losses which had been accumulated over many years.

With Air Botswana enjoying its fair share of bad publicity, Reiling was then head-hunted by IATA to take up a very senior position in Johannesburg, South Africa.

She ultimately left the airline in March 2013. Fast forward to 2014, the immediate past GM, Ben Dahwa was appointed to the top post.

At the time, the then Air Botswana board sidelined a local, Joe Motse who had been serving as acting General Manager opting rather for Dahwa.

However, in November 2015, Tshenolo Mabeo, who was replaced by Mokaila as the minister overseeing Air Botswana sacked Dahwa.

Whilst he was recently praised for quickly replacing the board of another embattled MTC parastatal, Botswana Railways, Mokaila has expressed reluctance when it comes to appoint someone who will lead the national airline.

Given the recent Expression of Interest published that was opened to airliners regarding possible partnership with government to run Air Botswana, Mokaila says he does not see the need to appoint a chief executive officer or general manager as they are generally referred to at the national airline. His main reason is “we are still not sure about the direction that Air Botswana will go”.

THOU SHALL NOT BAN FONG KONGs

A few months into his job, Mokaila was accused of an intention to ban second hand motor vehicles from Japan and Singapore commonly known as “Fong Kongs” or “Imports”. However, as a former minister responsible for Environment, Mokaila maintains that his interest is to minimise air pollution. As a result he intends to make it mandatory that all vehicles, local and imports undergo emission tests.

Also as part of his bigger plan to reduce the number of motor vehicles on the roads, Mokaila says there is need to first deal with the public transport sector. He believes the reason why most people buy personal cars is because of the discomfort and poor service they get from public transport.

THOU SHALL PRIVATISE BOTSWANA RAILWAYS IF NEED BE

One of the key decisions that Mokaila had to take upon arrival at Botswana Railways was to fire the board of directors together with the Chief Executive Officer, Dominic Ntwaagae. He maintains that the decision was necessary and that there was a mutual agreement between him, the board and Ntwaagae to let the latter go.

He cannot be drawn into main reasons he sent both Ntwaagae and the board packing but he insists it was a necessary action that will set pace for the success of BR.

He also mentions that it does not end there. He shall push for its privatisation if that is what it would take to end its dependency on government.

“We cannot have some of the parastatals depending on government grants when they can be profitable and sustain themselves.”

THOU SHALL MODERNISE DRIVING SCHOOLS

Turning to another issue that recently made headlines, Mokaila start of his presentation by stating some of the proposal he has for local driving schools. One thing he would like to see is modernised and standard driving schools operated across the country.