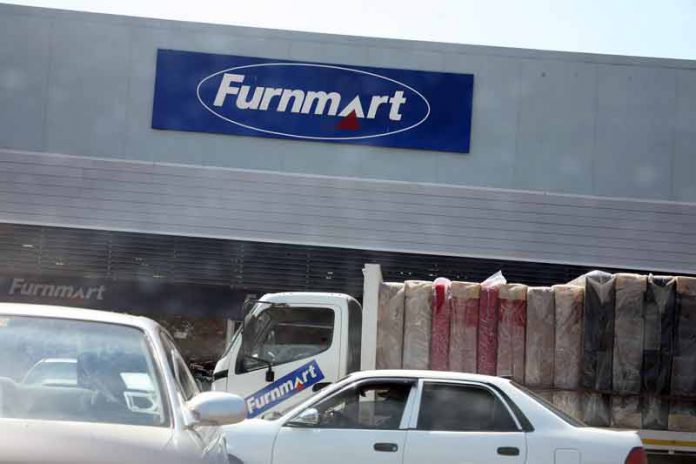 A recent report published by auditing firm, Deloitte shows that only 9 percent of companies operating in Botswana are considering expansion into West Africa and 4 percent into East Africa.  Deloitte says this is surprising, given the fact that the slowing GDP growth in neighbouring South Africa has compelled many leading South African firms to consider international expansion.

Pundits has made it known that  in search for growth, Botswana firms will increasingly have to look beyond the borders, first to Southern Africa and thereafter further north into other African regions. We take a look at domestic companies trading their shares at the Botswana Stock Exchange which have embarked on a mission to grow their business models across the Botswana borders over the years.

The company seems to be growing into a giant pan African micro finance provider with atleast 2.1 billion shares in the market and a P6.3 billion market capitalisation.

At the same time, the company earlier this year reported on a progressive acquisition of a 100 percent stake in a deposit taking financial institution that specialise in micro finance in Nigeria, and a 75 percent stake in another one in Tanzania. The two transactions heralds the BSE quoted firm’s entry into the non-payroll financial services industry while at the same time placing it at good stead to grow its operations and footprint in Africa. Letshego closed the just ended week trading at 298 thebe at the BSE. Its highest and lowest prices in the last 12 months are 351 thebe and 234 thebe respectively.

Having listed at the local bourse in June 20102, Cresta Marakanelo, is recognised in the local market as the largest hotel operator both in the number of rooms (eight hotels and 724 rooms) and in the geographical spread of its hotels. There is no other hotel operator that has such a dorminant presence in the larger cities in Botswana as well as the key tourist areas.

In 2013, the hotel group outlined its expansion ambitions both domestically and regionally while admitting that inevitably competition will continue to eat into its market share.

The five-year strategy which ends in two years time seems to be bearing fruit with major refurbishments in local hotels having been completed and one eye on acquisitions across the borders.

“We will continue to explore the market to increase revenues,” said Cresta Tawanda Makaya in 2013, adding that they face competition, especially in Gaborone where three new hotels – Lansmore, one at Riverwalk and Sebele Centre – will eat into the group’s market share.

“We are bound to lose market share, (but) we must have a competitive edge to maintain our market share. The group further continues to look for opportunities locally and outside.”

Cresta controls between 50- 60 of the market in Gaborone, but with the coming of more swankier hotels, new strategies will need to be put in place to deal with the challenges.

In a bid to increase room stock and revenues, in the past year, the group acquired the 78-roomed Golfview Hotel Ltd in Zambia for P20 million. Cresta said it will make sense to add two or three properties in that market because of incentives that Lusaka has for Foreign Direct Investment (FDI).

“We are looking at expansions in Zambia and we are looking to conclude deals in the next three years,” added Makaya. Cresta expected 55 percent occupancy in 2013 from Golfview with the figure increasing to 60 percent over five years.

Founded in 1974, Cresta, initially BDC Hotel Management, has big names like Cresta Lodge, President Hotel, Botsalo Hotel, Bosele Hotel, Marang Gardens and Hotel, President Hotel, Riley’s Hotel, and Cresta Mowana Safari Resort Spar under its arm. With other operations in Zambia and Zimbabwe, the hotelier is reportedly eyeing to expand into northern Zambia, Namibia as well as Mozambique in 2016. Its performance at the stock exchange remain relatively satisfactory, with its highest price in the last twelve months standing at 103 thebe while its lowest has been 89 thebe per share. By close of business at BSE on Friday its share price was at 102 thebe.

In 2008, FurnMart Limited, formerly known as Furniture Mart Limited, issued warning bells about its impending regional expansion saying that it was embarking on a rights issue targeted at regional markets. To date, the furniture boutique has established some Home Corp in Botswana, Namibia and South Africa ÔÇö especially in the rural areas as part of its larger plan of entering the biggest economy in the region. Further, it has one outlet in Zambia which has pushed the total number to over 70 outlets across the region.
The Botswana Company took a conscious decision a few years ago to invade the remote northern areas of South Africa as part of taking back the challenge to former foes who retreated at the beginning of the century.

The Botswana Stock Exchange quoted company retails domestic furniture and electrical appliances through the network of stores across the four SADC countries. The merchandise mix at mass-market Furnmart and Xtreme stores is aimed at the middle to lower income market, thus covering majority of the population. Home Corp stores are aimed at the middle to higher income market.

Considered the biggest furniture boutique in the country, FurnMart however is currently operating under tough economic times. Furnmart says its profit after tax for the year ended 31 July 2015 might be materially lower than the corresponding period that ended 31 July 2014.

Group Chairman John Mynhard says that the exchange loss on net receivables is substantially higher at P20.0 million as compared to then exchange loss of P10.6 million reported in the prior year. The foreign exchange loss was the result of the continued strengthening of the Pula against the South African Rand, Namibian Dollar and Zambian Kwacha during the year.

FurnMart saw the income tax expense substantially higher at P36.9 million as compared to P18.9 million in the previous year. It is said to be mainly on account of the de-recognition of the deferred tax asset as the uncertain market conditions in RSA are likely to postpone the timeframe for recovery of the deferred tax asset and an increased tax charge in Namibia when compared to the previous year at the time. Meanwhile the group has managed to open 2 Home Corp stores and 4 Furnmart stores during the period under review.

Originating in Lobatse, Choppies Enterprises Limited has grown from being defined in newspapers as local retailer to regional retail giant. The group started from humble beginnings in the mid-eighties as Wayside supermarket in the growing township of Lobatse, only for the store to sprawl across the country as years went by. The company has since become multinational, with its brand now littered in the neighbouring Zimbabwe, South Africa and as far as Kenya.

To date Choppies is listed on both the Botswana Stock Exchange and Johannesburg Stock Exchange – Africa’s biggest bourse by value. The group operates more than 100 supermarkets and hyper stores, employing more than 10,000 people, in Botswana, South Africa, and Zimbabwe. In June 2015, it announced that it has entered into a conditional agreement with Ukwala Supermarkets in Kenya to purchase its ten outlets. The company announced the deal barely Two weeks after it had entered Africa’s biggest bourse by value, the JSE.

The transaction is said to be in line with the company’s strategy of expanding into new markets in Sub Saharan Africa and its stated target of operating over 200 stores across at least six countries by December 2016. By close of bells at BSE on Friday, Choppies shares traded at 438 thebe with lowest price recorded in the past 12 months being 397 thebe after having reached an all high price of 438 thebe.