Process of demilitarising BDP processes may be underway 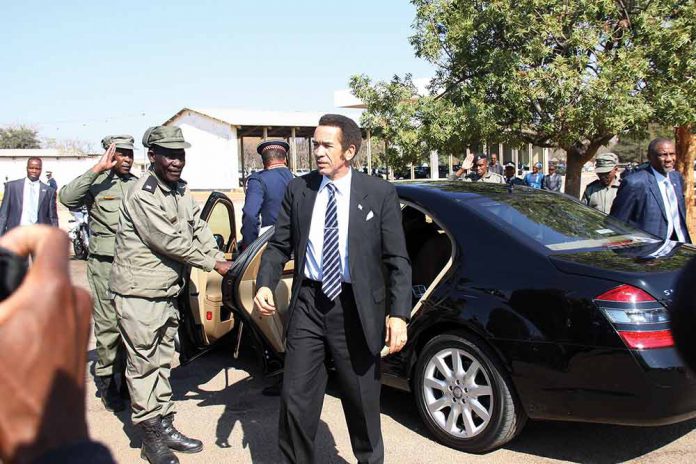 If it is an indication of things to come, Vice President Mokgweetsi Masisi may have begun a process of returning the Botswana Democratic Party to its consultative, non-military roots.

A week after a party delegation paid a courtesy call on the leadership of the Botswana Federation of Public Sector Unions (BOFEPUSU), another attended the union’s conference on democracy and constitutional reforms that was held at the Oasis Motel in Tlokweng last Tuesday. Getting his turn at the podium, one of the speakers said that it was the very first time that the BDP had attended a BOFEPUSU event. The statement was met with applause from the audience.

In what essentially a fence-mending exercise, leaders of the two organisations first met a fortnight ago. Sunday Standardlearns that this meeting was initiated by BDP leaders and that at said meeting, the latter sought ideas on how it can make its policies more worker-friendly. They also indicated that they wanted to mend fences with public sector unions. This meeting almost didn’t happen because some union leaders are still bitter about the manner in which the government has treated them over the past couple of years. One particular object of this wrath is Eric Molale who, as Permanent Secretary to the President and now as the minister responsible for the civil service has had an acrimonious relationship with civil servants. The latter was reportedly supposed to attend the meeting with BOFEPUSU leaders but somehow didn’t.

Until the ascension of President Lieutenant General Ian Khama, public sector unions were making great strides. That had begun on May Day 2004 when then President Festus Mogae announced that the law would be amended to allow civil servants to unionise. The unionization brought tremendous power that caused (and still causes) a lot of headache for government officials. In 2011, the unions were emboldened enough to go on “the mother of all strikes” that had the effect of putting them on a collision path with Khama. The latter’s response has been heavy-handed and at some points downright undemocratic. Beginning in 2011 to date, the government has been incrementally amending the Public Service Act to make it extremely difficult for trade unions to conduct their work.

However, unions are not helpless. In the 2014 and as revenge for Khama’s punitive actions since the 2011 strike, they used their financial muscle as well as the numerical strength of their membership to vote some anti-union BDP MPs out of office. BOFEPUSU has indicated that it plans to do the same thing in the 2019 general election. Such plan could result in the defeat of a BDP which, then, would be led by Masisi.

To all intents and purposes, Khama is a lame duck president and Masisi is the one who is crafting the BDP’s future. In her book, “Madam Speaker Sir!”, former Speaker, Margaret Nasha, writes that on becoming party chairman, Khama stifled democratic debate within the party – then he was only just vice president. The rapprochement with trade unions could signal not a new start but a return to the BDP of the past when dialogue was preferred to military-style commands that every member was expected to obey. It remains to be seen but speaking to the media recently, Brigadier Thulaganyo Masisi said that his younger brother will be a much better president than Khama whom he worked under in the army.