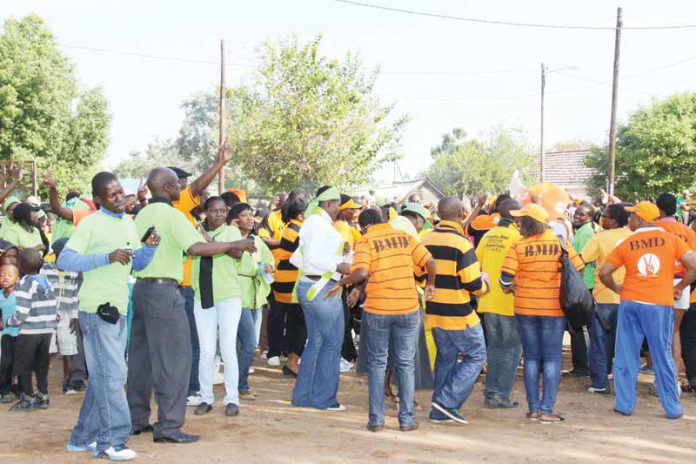 Proponents of a total merger of opposition parties are gleefully feeling vindicated as the Botswana National Front (BNF), Botswana Congress Party (BCP) and Botswana Movement For Democracy (BMD) tear each other apart behind closed doors in the ongoing unity talks.

Prior to the commencement of the talks, some independent political observers called for dissolution of opposition political parties to arrest sectarian conflicts that might erupt when parties jostle for constituencies.

The Independent analysts also predicted that the opposition crowded political marriage of convenience was destined to fail. They suggested that a fusion between two political parties would be an ideal model as opposed to the current arrangement.

There appears to be confusion regarding the definition of incumbency which the BMD interprets as the definitive and overriding factor when it comes to the allocation of constituencies and, by extension, council wards.

Despite a series of meetings, the parties have not made any progress on how they intend to allocate constituencies raising fears that talks might just collapse.

There are already murmurs that those suspected to be uncooperative will be shunted out.
From the information released thus far, it is clear the parties are no-longer negotiating for what they termed a national project, but each party seems to want to safeguard its growth beyond the 2014 general elections.

While the BMD stands to benefit if the parties embrace its proposal of allowing incumbents not to be challenged, the BNF and BCP feel the party could use the incumbency principle to woo MPs and councilors from the ruling party.

In fact, there are allegations that BMD has been recruiting BDP MPs and councilors using the carrot of incumbency.

On the other hand, the BNF and BCP are against losing their support on the ground in constituencies where they lost marginally to the BDP.

The BNF and the BCP were last week cagey to say whether they would form a merger without the BMD should the talks collapse.

“I’m constrained by the rules of engagement. On the basis of that I cannot comment,” said the BNF spokesman, Moeti Mohwasa.

Likewise, the BCP Secretary General was also apprehensive. “BCP has no intention of engaging in negotiations with the media. All negotiations will take place from that forum which has been setup,” Kesitegile Gobotswang said.

The BMD Secretary General Wynter Mmolotsi was optimistic that the negotiating parties will arrive at some agreement.

“I don’t see any opportunity that would see the negotiations failing. This is a national project. There were many competing ideas presented at the negotiating table before we agreed on an Umbrella model,” said Mmolotsi.

The BMD has proposed that incumbent legislators and councilors should not be challenged and has proposed 22 constituencies on its wish list. While the BMD proposes equitable distribution of constituencies, the other parties which are basing their wish list on the 2009 general elections do not want incumbency to be the overriding factor.