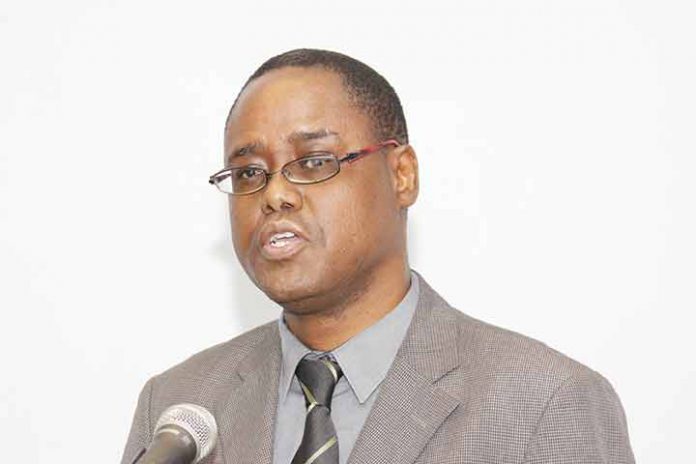 A recently completed aerial survey carried out by the Department of Wildlife and National Parks (DWNP) has indicated that wildebeest, giraffes, kudu, lechwe, ostriches, roan and tsesebe antelope and warthog populations have dropped significantly over the past 10 years, specifically in the North and eastern areas.

The population estimates of animals were counted in the administrative districts and protected areas as well as distribution patterns and population trends for the past 20 years.

According to the report, the lechwe declined by 59 percent between 1992 and 2012 while springbok and tsesebe declined by 71 percent and 79 percent, respectively, for the same period.

During the ten-year period, the cattle population increased quite significantly over the years with an estimated number of 3 137 477.

The iconic specie, the elephant, continues to increase in number with the estimate having increased to 207,545 – 297 percent increase between 1992 and 2012.

The buffalo, which is also an important species, experienced stable growth over the ten year period with a total number of 61 105 species.

Another species which experienced a significant upward trend is the hippo with a total estimated number of 3 633 by 2012.

The report revealed that the number of sheep and goats combined has significantly increased with an estimated population of 1 652 748.

Placing particular attention to trends in the Okavango Delta, the report showed a significant increase in the number of elephants and zebras. However, decline in population for the lechwe, giraffe, tsesebe, warthog, wilder beast were recorded. The decline in population has been attributed to the destruction of the flood plains and the veldt fires.

Speaking at the conference, the minister of Environment, Wildlife and Tourism, Tshekedi Khama, attributed the increase in numbers for the elephants and other animals to the free movement of the animals within the region.

“We have our neighbours South Africa, we also have those in the north and western side of our country and as a result we have an abundance of elephants coming into Botswana,” he said.

Khama acknowledged the uncontrolled growth of elephant population as having the potential to decimate the country’s flora and fauna. “It is a huge challenge to which I do not have a single answer,” he said.

The Deputy Director at DWNP, Dr Cyril Taolo, said trends show that wildlife is mainly concentrated in the North and eastern parts of the country while livestock is spread around the eastern part of the country.

Taolo said following the decline in population of some of the species, the department has instituted a monitoring program to have a better understanding of the cause. He, however, attributed the decrease in population, especially of the rhino to poaching.