UDC say they want a 30 percent quota for women 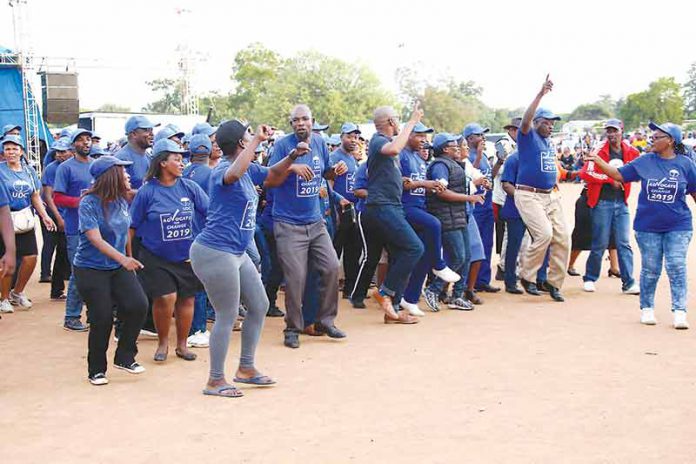 Botswana Congress Party (BCP) is advocating for the 30 percent quota for women representation for political positions.

This came to light when a BCP candidate, Kgalalelo Mokolare addressed a political rally in Gabane this past weekend.

The same thing she said applies to the opposition coalition- UDC.

She said this is a positive move which even the ruling Botswana Democratic Party (BDP) has failed in the many decades of its existence.

“Women are actively involved in the economy of the country, and even the whole world.  I therefore take this opportunity to challenge women out there to join our political party so that together we pressurize the ruling party to be appreciative of the important role women have in life.”

Another speaker at the rally, Sethuki Thelo told electorates that the time is now that everyone should return to their ‘mother’s houses’.

He said it is clear that members of the Alliance for Progressives are going back to their mother’s house-BDP. The Botswana Movement for Democracy (BMD), he said is also going back to its mother’s house- BDP. “We are here to inform you that registration for election is still on-going and you should go and register and vote for UDC. BCP, BNF and BPP are ready to govern. BCP is child of BNF and has gone back to its roots. We are fine with BPP. BMD and AP were just devising means of returning to their original party when they broke up after Bobonong debacles.” In motivating electorates to vote for Moreetsi Gomang, former Administrator at Gabane-Mankgodi constituency office now vying for the same office as boss, former Councilor, Motlhophi Monareng of BCP said the young leader is well experienced to lead.

He will not be meeting Permanent Secretaries or Office of the President officers for the first time. He had done that several times even before he started working. MP Mokgware came to know of the young man because of his activism. He was the first chairperson of Develop Gabane Campaign, non- political group formed by Gabane youth to question the village’s under development.

“While Mokgware was busy forming the AP, Moreetsi was working hard in the office; linking the entire constituency wards to the office. His efforts saw the Gabane-Mankgodi constituency office winning the first ever ‘best constituency office’ award,” said Monareng. He added that it even happened back in the years when he (Monareng) was still councilor that the then Council Secretary enquired bitterly whether there was any other councilor form Gabane other than those he knew. Gomang and his DGC had questioned reasons for under development and the relevant ministry had written a savingram demanding answers from the Council Secretary. “I started activism in 2011 when I was still a secondary student. We were discussing serious issues with land board officials. Plowing fields near Metsimotlhabe then was bone of contention. I grew with years and when the Mp recruited me I was stationed at Morwamosu so that I would lose touch with my group,” said Gomang.

He therefore advised voters to vote for him because Mokgware’s defection to AP indicates his reluctance to take leadership of a ruling party. He wants to remain in opposition.