We Will Accede To Members Wishes ÔÇô Tsheko 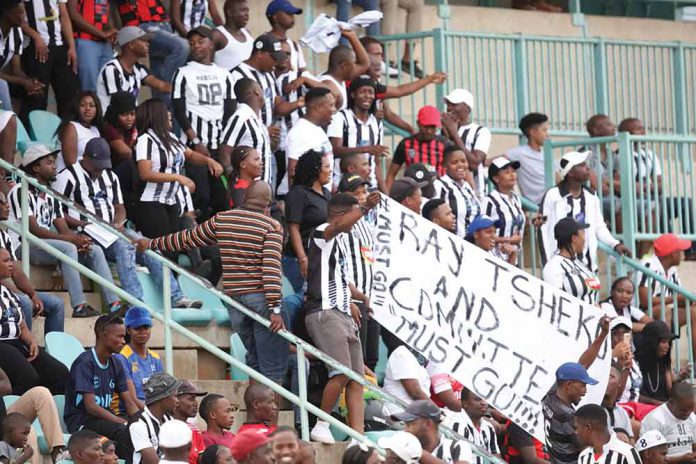 It is still difficult to tell if the Raymond Tsheko led Mochudi Centre Chiefs is succumbing to pressure to ‘just’ relinquish power at the beleaguered Botswana Premier League (BPL) giants.

Tsheko and his committee are still as buoyant as ever, defiant even in the face of mounting pressure. If ever pressure is getting to them, they are handling it with the same ease that they have been doing over the years. As he rightly puts it, “to lead a club of the calibre of Chiefs, you have to have risk appetite.”

“A team like Chiefs is a big team and supporters have high expectations. If you do not deliver according to their expectations, they will come for you. This however does not mean you have to refuse to leave when they ask of you to leave, but you do not just have to jump ship. You do things procedurally,” he said.

For Tsheko and committee, just jumping ship without proper consultation is not the right way. However, when the time arrives, he and his committee ‘will listen and accede to the will of the supporters.’

Speaking in an interview, Tsheko said the fate of the current committee will be decided by the Magosi faithful when they meet for their quarterly Special General Meeting in a not so distant future.

“We have heard and seen what some of our supporters are saying. There is a lot that is said both on social media and at the stadiums during our games. Whatever the supporters want, we will listen and do as they want,” he said.

“As a society, Centre Chiefs is ruled by its own members, they are the deciding body. The Executive Committee is just the administrator of the society as sent by the members. Whatever members say or want in a society shall therefore prevail,” said Tsheko.

The Centre Chiefs chairman however said while members are the supreme body deciding the fate of the society, certain processes have to be followed for decisions to be taken.

“As is the norm at Centre Chiefs, we will soon hold our quarterly special general meeting and I therefore call on members to come in large numbers to make their voice heard. This is where their protests and queries can be formally documented,” he said.

Tsheko went on to say that at the meeting, his Executive Committee will fully account to members as is the norm.

“While we see everything on social media, we cannot account through social media to people who we are not even sure are members of this society. We will account at the society’s formally convened forums,” he explained.

He went on to further state that when they do meet for the quarterly special general meeting, only members ‘who have membership cards and are members in good standing will be allowed to make decisions on the future of Magosi.’

On the issue of accountability for the gate taking monies during their well attended game against Township Rollers, Tsheko said all will be laid bare at the special general meeting.

“We are aware that people want us to account for monies of the Chiefs / Rollers game, we will account fully,” he said.

While he refused to divulge the date and venue of the expected meeting and said ‘it will be decided and communicated in the near future,’ a source has alleged that a time has been set by the Chiefs committee.

According to the source, during their meeting which was held this past Wednesday, the Centre Chiefs executive committee settled for the 1st December as the date and Ntefo conference centre as the venue for the meeting.