ABC aims to be big player as it records sterling results 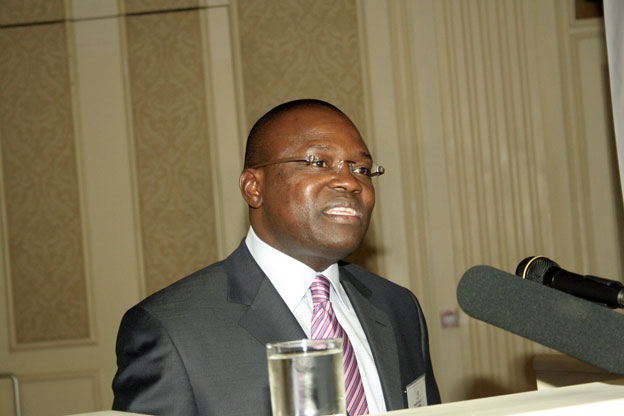 The African Banking Corporation, the wholesale banking outfit, dazzled the market last week as it reported almost all profits in its wide-spread operations while its Chief Executive Officer warned that it was gearing itself to be a big player.
The Botswana Stock Exchange listed organisation?s full year results to December 31, 2006 shot-up by 26 percent to P 77 million from the prior year while attributed profits lifted 60 percent to P 93 million.
The bank?s Chief Executive Officer, Douglas Munatsi, said the rainy days were over for the bank given the size of capitalization it got from its principal shareholder, Botswana Insurance Fund Management (Bifm).

?There are a whole range of reasons why we grow and are going forward. The big challenge that we see is Zambia but we are going to address it because of the capital injection,? he said.

?We are seeing lending opportunities everywhere; mining, agriculture and other sectors,? he added.
?The group?s 2006 performance demonstrates our commitment to becoming a leading Pan African provider of world class financial solutions. Having strength in all operations, we are in a solid position to propel the group to top tier status in the medium term,? Munatsi added.

Bifm injected US $ 40 million (P246 million) and US $ 20 million from NDB to prepare the bank to face its peers in the regional markets.

?With the new capital injection, our challenge is to maintain 40 percent return on equity. All numbers are positive and our short term objective was to maintain 50 percent on cost to income ration, but, we broke that to 49 percent,? he added.

The wholesale bank shaved its income to cost ration from 56 percent in the yesteryear to be in the Ivy League.

The bank?s balance sheet showed that Botswana and Zambia doubled and Mozambique nearly doubled. Tanzania was the only black sheep, as it missed the breaking even point by P 13,000. Its assets grew from P 1.9 billion to P 2.6 billion.

The Botswana, Mozambique, Tanzania and Zambia results were backed by interest bearing assets and the improvement in asset mix. Foreign exchange earnings and commission grew by 25 percent in the above mentioned countries.

Further, the bank is positioning itself to take over a stake in its Tanzanian operations which it does not already own following indications by the country?s government that it wants to exit.

However, Munatsi said that they are still faced by IT challenges which impede them from competing effectively with its peers.

?It is a challenge because we would like to improve our service delivery,? Munatsi said.

ABC is burning the mid-night oil to expand its production across the region. The most likely division to take the lead is the property division which has made some inroads in the embattled Zimbabwe.

Further, non performing loans are still an issue at the bank?especially in the Botswana context and Zambia.

?Measures to remedy the level of impaired loans in Zambia Microfinance unit and Tanzania yielded two percent reduction to 11 percent. This continues to be focus area to align the group?s NPL levels to industry average of 2-3 percent,? he said.

The company further stated that it has reached an agreement with a possible investor in Iroko- the London based division?which it wants to exit but the figures are expected before AGM.

The bank operates in Botswana, Mozambique, Tanzania, Zambia and Zimbabwe and does not rule-out the possibility to expand further.