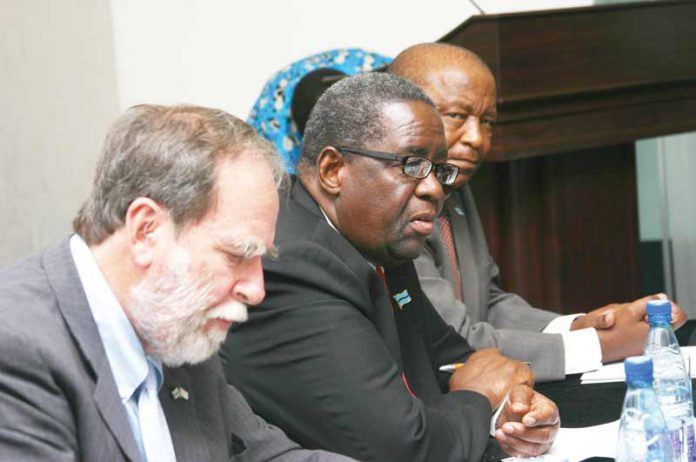 Anglo American, the diversified mining company, said it will increase its stake in De Beers by acquiring the Oppenheimer family interest in a move that will end boardroom wars between the two partners that has raged over the past few months.

Under the proposed deal, Anglo will acquire an incremental interest in De Beers, by increasing its current 45 percent shareholding in the world’s leading diamond company to up to 85 percent.

The transaction is, however, subject to regulatory and government approvals and required third party consents (if any) and is expected to close in the second half of 2012 and could take between nine and 12 months.

Chief Executive of Anglo American, Cynthia Carroll, said the move is a ‘compelling proposition’ underpinned by the security of supply offered by a new 10-year sales agreement with the government of Botswana.

“This transaction is a unique opportunity for Anglo American to consolidate control of the world’s leading diamond company ÔÇô De Beers,” said Carrol who was in Gaborone for the historic signing of the sales agreement.

In a statement, Anglo American said it has entered into an agreement with CHL and Centhold International Limited (CIL), together representing the Oppenheimer family interests (CHL Group), to acquire their 40 percent interest in DB Investments and De Beers SA (De Beers).

The proposal is for a total cash consideration of US$5.1 billion (about P37 billion), subject to adjustment as provided for in the agreement.

Under the terms of the existing shareholders’ agreement between Anglo American, CHL and the Government of the Republic of Botswana (GRB), the GRB has pre-emption rights in respect of the CHL Group’s interest in De Beers, enabling it to participate in the transaction and to increase its interest in De Beers, on a pro rata basis, to up to 25 percent.

In the event that the GRB exercises its preemption rights in full, Anglo American, under the proposed transaction, would acquire an incremental 30 percent interest in De Beers, taking its total interest to 75 percent, and the consideration payable by Anglo American to the CHL Group would be reduced proportionately.

The move by Anglo follows on the heels of the signing of 10 year sales agreement that has provided De Beers with a steady supply of rough diamonds while Botswana will see DTC relocating from London to Gaborone in 2013.

Botswana will also sell independently 15 percent of Debswana production to take advantage of the changing diamond trade where producers want to target emerging demand from Asia and diamond auctions.

Writing recently in Diamond Intelligence Brief, Chaim Even-Zohar, an internationally renowned diamond expert, said Anglo American is “unhappy” with share that Botswana government is getting under the current arrangement.

Under the previous arrangement, De Beers remained with 18 percent of the proceeds after Botswana Government had taken its share, taxes and royalties.

“Though De Beers holds 50 percent of Debswana, it only gets 18 percent of its profits. The basic Botswana agreement is not good for Anglo American,” Chaim Even-Zohar quoted a senior finance official at Anglo American.

In a letter to staff and copied to Sunday Standard, Nicky Oppenheimer, representing the Oppenheimer family interests, said the decision to accept this offer has been ‘extraordinarily’ difficult.

“We were acutely aware of the history and emotion of more than 110 years in the industry, even predating my grandfather’s arrival in Kimberley in 1902 and with De Beers since 1926,” Oppenheimer said.

“However, when we were presented with the offer from Anglo American we had to think in the wider context of what was in the best interests of the family as a whole, and came to the unanimous decision that it would be right for the family to accept.”

The transaction does not alter the existing arrangements for the management of De Beers, including Nicky Oppenheimer’s position as chairman, prior to completion. Current CEO continues in the position.

Botswana government said late Friday it does not anticipate the transaction will have any significant impact on its recently signed sales agreement with De Beers.

“The diamond industry is a major contributor to our economy in Botswana. The Government of Botswana is grateful to the Oppenheimer family for their vision and contribution to the diamond industry and to Botswana and will proudly take forward that legacy with Anglo American,” Minister of Minerals, Energy and Water Resources, Dr. Ponatshego Kedikilwe, said.

“We look forward to building on the excellent relationship we have with Anglo American, both through our ownership of De Beers and through the Debswana joint venture.”