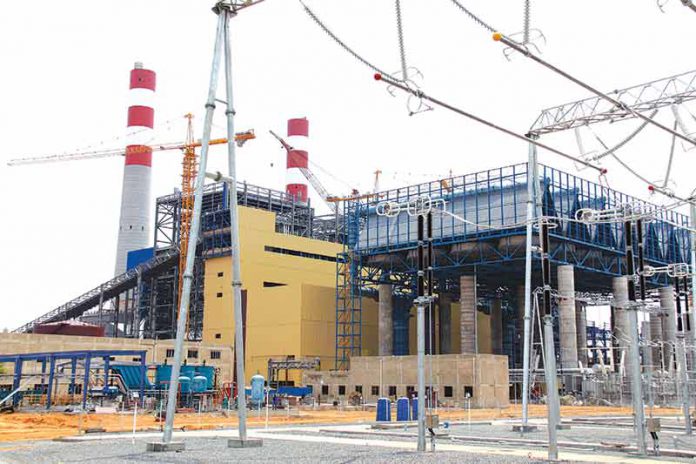 The Chief Executive of Botswana Power Corporation Jacob Raleru on Monday told members of Ntlo ya Dikgosi that the refurbishment of Morupule A power station and the construction of another Morupule 5 and 6 power station is estimated to cost up to P 8 billion.

┬áRaleru who was accompanied by the Minister of Minerals Energy and Water Resources, Kitso Mokaila said his corporation is expected to float a tender in the newspapers on 27 June this year for refurbishment of Morupule A and construction of Morupule 5 and 6.

Raleru assured Dikgosi that the recent power cuts experienced by households and businesses is expected to be a thing of the past soon. He said Morupule B’s units 1, 2 and 4 were operating at full capacity while unit three was also expected to be fully operational soon.

Raleru disclosed that out of the 11 billion budget for the construction of Morupule B, they had only used 10.6 billion adding that the power station had been completed.

“As we speak we believe that we are able to meet demands because Morupule B power station has been completed,” he said.
Touching on other topical issues, Raleru expressed concern at the increasing vandalism of BCP property. He said scrap metal dealers were partly to blame because they “accepted metals from individuals without establishing where they come from.”
While he admitted that Morupule B gave the government a hard time, Mokaila said the power station was expected to be operational as expected without experiencing further technical glitches.

“The life span for Morupule B should be from 20 to 25 years. While it initially gave us problems, I’m confident that there was no poor workmanship at the power station,” he said. On suggestions that the country should consider using solar energy as another option for generating power, Mokaila said the use of such technology was very expensive and also requires chunks of land.
The Minister cited the Phakalane solar power project which cost more than P90 million. But he did not rule out the possibility of engaging the Ministry of Infrastructure “to change building standards so that we can embark on solar energy projects.”