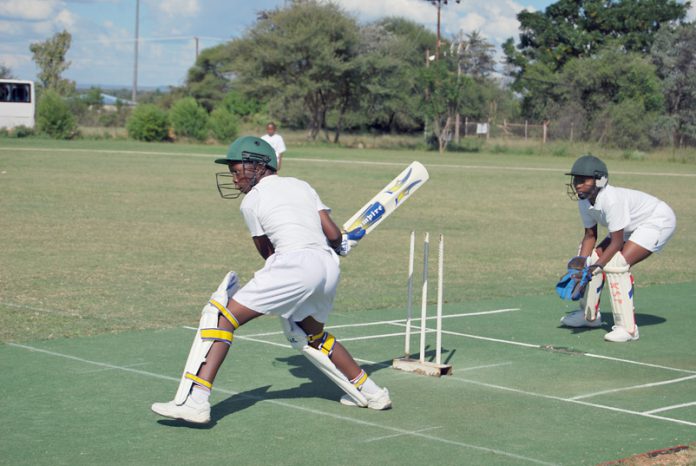 Following the initiative by the Botswana Cricket Association (BCA), to develop cricket in Francistown and the rest of the North region, there will be training camps of different primary schools in Francistown during the school vacation.

Speaking to Sunday Standard, Clement Chipanga, who is the Coordinator of BCA, revealed that Francistown Cricket is holding a vacation camp that is divided into four zones, being the South, North, Central, Eastern and Western zones.

“The aim of these training camps is to take children to a more formal version of cricket and to improve on the basic skills that they have been learning ever since the introduction of cricket in these schools,” he maintained.

He went on to elaborate that the training camp follows the first one that was conducted in April this year, which was much geared at introducing cricket to the primary school children.
He added that the current one will be much focused on reviewing the skills they acquired and how they put them into practice. Chipanga said that there has been an encouraging response of cricket in primary schools, including the teachers.

“We are still focusing on primary schools and we will then reach out to secondary schools as we grow,” he told Sunday Standard, adding that unlike other training camps, they have reduced the number of children to ensure quality and better attention to the players.

He indicated that teachers were tasked with the purpose of assessing the children and identifying those with talent.

“The Eastern Zone comprises of Satellite, Maradu and Mahube primary schools, which will start next week,” he said.

Speaking on the challenges they are facing as BCA in Francistown, he highlighted that there is still challenges of shortage of equipment and cricket gear.

“We are currently tasked with approaching different companies and organizations for funding and donations,” he said.

Chipanga added that this training camp initiative will serve as a preparation for the bigger tournament that will be held in Francistown among these schools. Chipanga said that in October they will have a visiting team from the United Kingdom to come and raise cricket awareness in the city and also to impart knowledge on the students on cricket skills.
He further added that cricket in the country is growing because they are currently launching it in Selibe Phikwe.