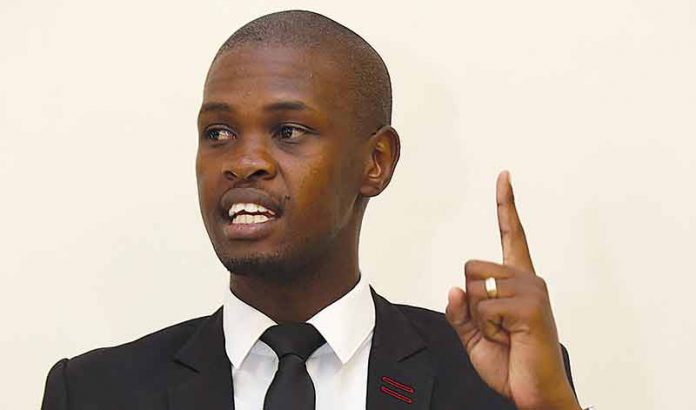 Rakgare said the two ‘tribalistic’ parties robbed the BCP of a win in Mogoditshane.

BCP said it lost the elections because the BDP candidate for Mogoditshane, Patrick Masimolole and the UDC candidate, Sedirwa Kgoroba labelled the BCP candidate Rakgare as an outsider who does not deserve any vote from the people in Mogoditshane.

“There was an issue of tribalism. According to our assessment we can count tribalism as one factor that cost us a win in Mogoditshane. During our campaign, the electorate told us that the Botswana Democratic Party and the Umbrella for Democratic Change candidates were telling electorates that I (Rakgare) was from Thamaga therefore I do not deserve to contest for the elections in Mogoditshane.”

He added that the electorate was told to reject him.

“The other two candidates told the electorate that I can only contest in Thamaga since that is where I come from. They said I can only represent Bakgatla, not the people of Mogoditshane.

The BCP condemns the BDP and UDC candidates for encouraging tribalism.

“We are clearly condemning tribalism and we say these things must come to an end. Kgoroba and Masimolole should understand that the constitution of Botswana is clear that any eligible candidate can contest elections anywhere in Botswana.”

Rakgare said people like the late Tshelang Masisi contested elections as far as Francistown adding that there are so many other people who contested the elections in the areas they were not born.

“We were surprised that the BDP and the UDC are busy fuelling tribalism.”

Unbalanced reporting by the public media was also mentioned as another factor that contributed to the BCP failure in Mogoditshane. BCP said the ruling BDP controlled the Public media. “The BDP in the constituency enjoyed much more coverage from public media as compared to opposition parties.”

BCP also reiterated that lack of funding was another cause that led them to perform poorly. Meanwhile the BCP acknowledged that the past elections were arguably the toughest elections since independence.

“BCP Mogoditshane went into these elections with the hope that it would increase its base, ultimately increasing the number of councillors and winning the Parliamentary seats. We can say that our plan has been achieved since we managed to increase our base. We only managed one ward out of 10 wards in Mogoditshane and we are proud of those who made contributions. I want to thank all those who voted for the 10 BCP council candidates who contested,” Rakgare told Press.