BFA scores own goal over Sebego 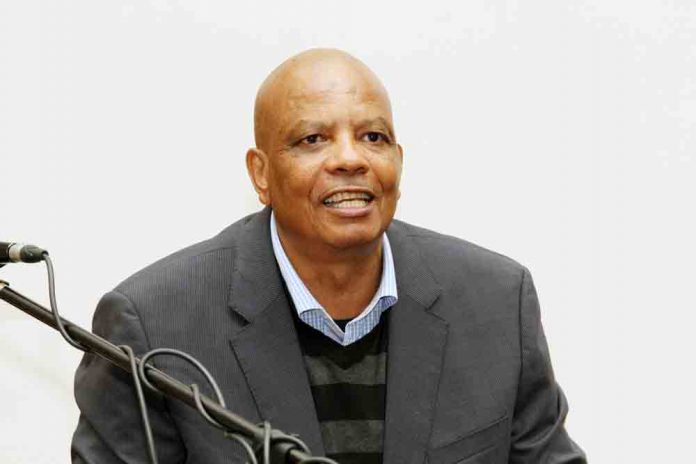 This was in response to the BFA president’s letter in which he threatened that the BFA National Executive Committee (NEC) would consider the BFA DC to have abdicated its responsibilities if it refuses to deal with the association’s complaint against former BFA president Tebogo Sebego.

Following the dismissal of its disciplinary proceedings against Sebego, which was ultimately upheld by the Appeal’s Committee on the grounds processes were not followed, the association quickly moved to charge its former boss again.

The BFA DC chairman however recused himself from undertaking any action against Sebego on the matter he has already dealt with, something which has not gone down well with the association.

In response, the BFA gave its DC up to 9th August 2019 to confirm in writing whether DC will deal with the complaint against Sebego.

Letshwiti also threatened the DC chair and that if the DC fails to hear the case he will assume that he has abdicated his responsibilities and that BFA NEC will take necessary steps to ensure that a disciplinary committee is constituted which will be in a position to discharge its mandate.

In a strong worded letter to Dingake this past Monday, the BFA expressed confusion with the DC Chairman’s position on the matter.

“I find it difficult to follow your email as it is not clear whether it is a ruling on the complaint of whether you are simply recusing yourself. Whatever, the case it, we believe that you misconstrued the position entirely” Letshwiti wrote.

He further explained to Dingake that “your initial ruling against Mr. Sebego which was endorsed by the Appeals Committee, did not deal with the merits of the complaint. It merely dealt with the process that had been followed in accordance with the statute of the association,” he opined Letshwiti.

The BFA President and NEC take the view that it is unclear if Dingake was making a ruling on the complaint or recusing himself.

“I regret the lack of clarity on my part. I was simply recusing myself for the reasons I gave and consequently, could not have made a ruling on a complaint I wasn’t seized with. Disciplinary process involves investigation; prosecution and adjudication. Having adjudicated the matter in the past, although limited to procedure, I cannot investigate it” clarified Dingake.

To the extent that the BFA President and or NEC says I may have misconstrued the position entirely, he (it) is at large to take my recusal on review and appeal it if he (it) is so minded and or advised to do so.

Dingake however made it clear to the BFA that they cannot force him to hear the matter he considered closed.

“What neither the BFA President nor NEC can do, however, is to force my hand, with threats and intimidation, into presiding over a matter in which I have taken a considered view that for ethical reasons it is or maybe improper for me to sit in judgment,” Dingake informed the BFA.

“That I have given judgment on this matter (in a previous process) in favour of Mr. Sebego, on the same facts and against the BFA President and NEC, there may be a preconceived notion of bias or bias on account of obstinacy. These need not be factually correct,” he wrote.

“It may well be that my reasons are not acceptable to both BFA President and NEC, but it cannot be that no such reasons exist. Conscience, John Wolcott says, is a terrifying little sprite, that bat-like winks by day and wakes by night,” Dingake explained.

Letshwiti also told Dingake that his previous ruling which was supported by Appeal’s committee was that a complaint needed to be made through the DC and it was then for the DC to decide whether or not to investigate and subsequently charge Mr Sebego with misconduct.

He further observed that the tone of the BFA President’s letter on behalf of NEC has not escaped his attention in so far as it wants to put him and the DC Members to timelines in terms of when and how DC do their job and the attendant threats and or consequences of committee’s failure to heed his (and or their) instructions. It is the most glaring and blatant assault on the independence and impartiality of judicial bodies, and indeed corporate governance.

“Speaking for myself and indeed the DC, it is the type of erosion we will not countenance. The DC does not account to the person of the President of the BFA nor NEC, on whose behalf the letter is written” observed Dingake.

“you are enjoined to act on the complaint, if you do not , you and other members of the DC will be  abdicating on DC responsibility. You do not have the basis to rescues yourself as you never dealt with the merits of the complaint” Letshwiti advised Dingake.

Dingake hopes that in hunting Sebego and constituting the ‘new’ DC both NEC and the President will follow due processes. “There can be nothing worse than resorting to self-help” he warned.