BONA want international exposure ahead of the World Cup 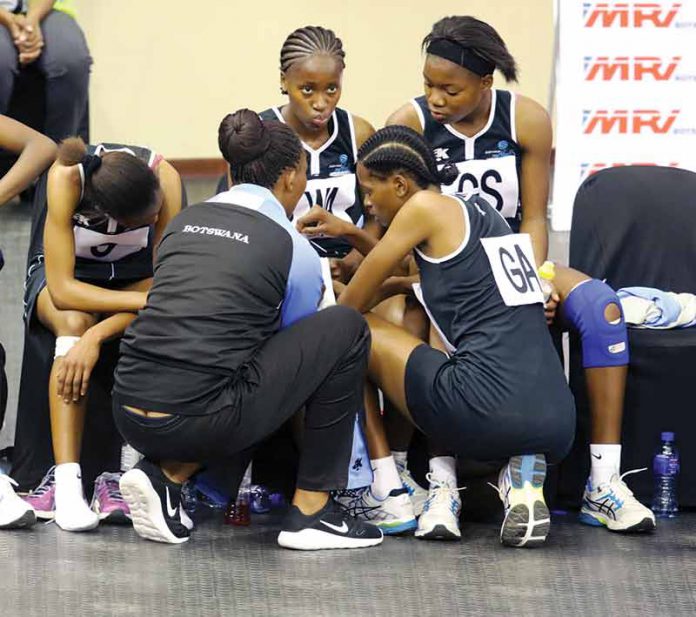 The Botswana Netball Association (BONA) which has been given the rights to host the 2017 Netball World Youth Cup (NWYC) is readying itself for the big event with maximum preparations.

BONA president, Tebogo Lebotse-Sebego has said that her association will be putting in place maximum effort towards the preparations of the global event.

In the past national teams have complained about lack of proper training prior to such major games.

This is what the BONA president does not want to see happen.

One of the strategies is to do international camps abroad before the world cup tournament where facilities are of high standards. The exposure is expected to prepare the girls both physically and mentally so they can be ready for the task ahead of them.

“We have submitted a plan that includes an international camp for the team. Funds permitting we intend to do our camp abroad,” said Lebotse-Sebego.

During the draw last week the minister of Youth Empowerment, Sport and Culture Development, Thapelo Olopeng committed that the government will support BONA to make sure it hosts a successful event.

Talking to The Telegraph Sport,  Under 21 coach Kagisano Mawela said they have already drawn a plan for the world cup draw which was conducted last week.

“We have a plan of how we intend to do our preparation,” she said.

Mawela said they expect to play Malawi and South Africa before the end of the year after the school closes.

“We could have played Malawi and South Africa but because of school commitments we couldn’t manage but we expect to play them before the festive break,” she said.

The draw has pitted Botswana in group C against Jamaica, Cook Islands, Malaysia and Uganda.

Commenting on the group Mawela said the group is fair.

“We are looking forward to fully prepare for our matches. Cook Islands and Malaysia are ranked below us. As for Uganda we have seen how they play during the qualifiers and it is beatable. Our challenges will be preparing for Jamaica,” she observed.

She said next year they are expecting to have a training camp in Australia where they will meet other three team members who are schooling in Australia.

“If the plan can go accordingly we will meet Tsarona Hans, Winnie Hill and Onalenna Theetso in Australia. Australian side is playing same game with our opponents Jamaica and we are hoping the camp will help us to get ready for Jamaica,” she said.

Botswana team started training camp on Monday. Preparations will go on until December where they will break for festive season.