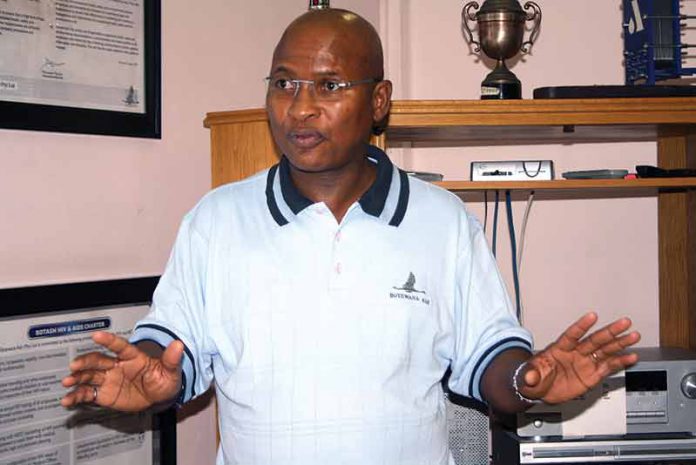 Botswana Ash (Botash) Managing Director, Montwedi Mphathi has revealed plans to build the salt mining company into a reputable operation that will have doubled its revenue to P300 million by 2018. Addressing the media during a tour of the Botash operations in Sua Pan last week, Mphathi said the salt and soda ash producer aims to retain its position as Africa’s supplier of choice for natural products.

“We will achieve growth in stakeholder value by offering superior quality products, retaining a highly competent and motivated workforce and cutting costs in our operations,” said Mphathi.

The mine has grown from a production target of 4, 500 tonnes of salt and soda ash per month in 2004 to an average 7, 500 tonnes per month in 2015. To achieve further growth, Mphathi said Botash will embark on a market optimization strategy that will facilitate protection of existing markets and expansion into other markets in sub-Saharan Africa. Botash currently sells its products in South Africa, Zambia, Zimbabwe, Malawi and the Democratic Republic of Congo; and it intends to expand its footprint into Mozambique, Tanzania, Rwanda, Burundi and Angola.

“We also want to minimize costs of production by eliminating bottlenecks, improving efficiencies, up-skilling our workforce and ensuring that our plant is well maintained,” he said.

The recent acquisition of Cerebos, the region’s leading table salt producer by Chlor Alkali Holdings (CAH) will enable Botash to push its product footprint in previously unexplored markets. CAH is a 50 percent joint venture partner with the government of Botswana in the Botash project. Botash will be looking to leverage on the Cerebos network to unlock new markets in the region. The deal has also enabled Botash to package Cerebros brands in Botswana and also distribute Botash products in established Cerebos outlets throughout the continent.

“Part of our strategy is to grow our brand and partnering with strong brands like Cerebos will be good for us. They have specialized marketing skills that will help push the Botash brand,” said Mphathi.

Mphathi further revealed that Botash intends to optimize the existing supply chain and design market strategies with logistics channels in mind. However, he raised concerns about the high transportation costs that the company has to grapple with, which end up eating into its bottom line. Botash transports salt and soda ash products to its market throughout Africa using rail. Botswana Railways also transports coal from Morupule mine to Sua Pan. Mphathi said they have been in earnest talks with Botswana Railways with a view to reducing the costs of production, especially since fuel prices have been gradually decreasing over the last few months.

“We spend about P300 million on transport every year. To demonstrate the crippling costs of transport, I can tell you that more than half of the landed cost of coal used in out plant is attributed directly to transport,” he said.

Botash currently produces 300 000 tonnes of soda ash and 650 000 tonnes of salt per annum. The mine boasts of an OHSAS 18001 certification for safety, ISO 14001 certification for environmental awareness and ISO 9001:2008 certification for quality. Botash is currently the leading supplier of soda ash and industrial salt in southern Africa, with a staff complement of 452 employees mostly in the engineering and operations department. South Africa buys 47 percent of Botash products, followed by Zambia with 24 percent, Zimbabwe 16 percent, Malawi seven percent, Botswana four percent and DRC two percent.