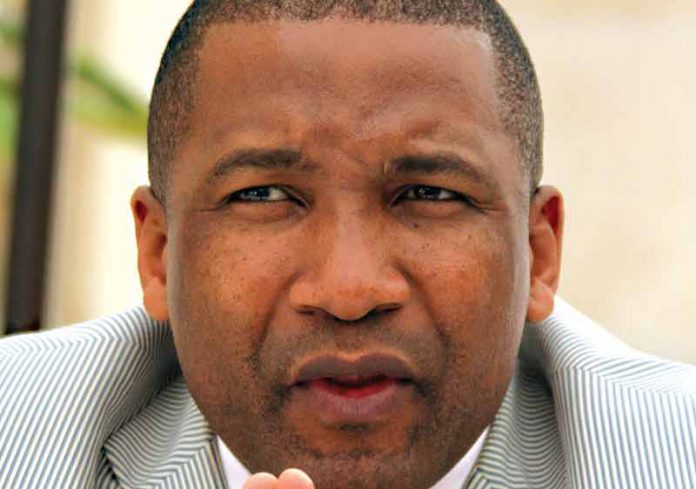 The Botswana Congress Party (BCP) this week joined other opposition parties in warning that Botswana should brace itself for political instability should the government refuse to make amendments to the Electoral Law which will see the country introducing the electronic voting machines (EVM). While the Botswana National Front (BNF) recently warned that it is likely to boycott the elections the BCP warned that there is likely to be bloodshed post elections as a result of the use of EVM and the ruling Botswana Democratic Party (BDP) should take the blame. Commenting on President Ian Khama’s decision to give his assent to the Electoral Bill, the BCP‘s Information and Publicity Secretary Dithapelo Keorapetse warned that “If the BDP insists on electoral fraud through EVMs in 2019 we are prepared to pay with our lives to defend our citizens’ full suffrage and political stability.” According to Keorapetse, there can never be elections in Botswana that will be rigged, “the BCP will not allow that and we promise that the BCP will do all it can to make sure that 2019 elections reflect the will of Batswana.” Keorapetse stated that should the legal route fail to bring them the desired results, they would opt for something aggressive. “The BCP will challenge the law in court because it is unconstitutional. If we fail in court we will not allow the ruling party to steal the vote through EVMs. We will defend the right of Batswana to vote in a free, fair and transparent manner and to register and be candidates for elections,” he said.

Keorapetse said the BCP is disappointed albeit not surprised by President Ian Khama’ assent to the Electoral Act Amendment Bill 2016. “We regard the Act as unconstitutional in that it is ultra vires some provisions of the constitution. The Act is an antithesis of democracy as it will disenfranchise Batswana by abolishing supplementary election registration,” he said. Keorapetse added that “the BDP seeks to steal the vote through electronic voting machines with no safeguards. We expected Khama to sign the Bill into a law because he has no regard for opposition or civil society opinions.” Keorapetse said the Botswana Congress Party Youth League (BCPYL) once complained to President Khama through a letter to not sign a regressive Public Health Bill into law but he disregarded that letter. Keorapetse said the new electoral Act is Khama’s idea and that’s why he signed it into law. “We are very disappointed and we condemn the Presidential assent to the Bill. It is also very expensive under the law to be a parliamentary candidate, P5000 is required from parliamentary candidates, P1000 from council candidates and the BCP condemns that,” said Keorapetse.

BCP’s threats come in the wake of reports that leader of Opposition in Parliament and President of BNF Duma Boko, has also warned the Independent Electoral Commission (IEC) not to create chaos or destroy the peace and tranquillity that the country has enjoyed over the years. Speaking at a meeting with the IEC recently, where he was leading a BNF delegation, Boko cautioned that the peace prevailing in Botswana has been largely due to opposition parties’ restraint, and that the IEC should guard against losing public confidence with controversial decisions. At the meeting in question, the BNF delegation made it clear that their members are angry, displeased and highly suspicious of the conduct of IEC over the introduction of Electronic Voting Machines (EVMS). Boko said they reject the EVMs in the current form and suggested that a paper trail should be included. He warned the IEC that the BNF has in the past threatened to boycott national elections and that the current situation is inviting the same wrath. IEC Secretary Gebriel Seeletso said public education was needed so that the voters could make informed decisions when they vote. He defended the phasing out of supplementary registration saying it would help to curb voter trafficking. He added that the IECs duty was to implement the laws not enact them.

“As the IEC our duty is to do what the Act says we should do. We do not make the laws. But if there is a new law we have to do as it says,” he said. Seeletso refuted claims that IEC had already bought the electronic voting machine (EVM). He said his organisation was still drawing specifications on the machine and government’s tendering process would be followed to purchase the EVM.