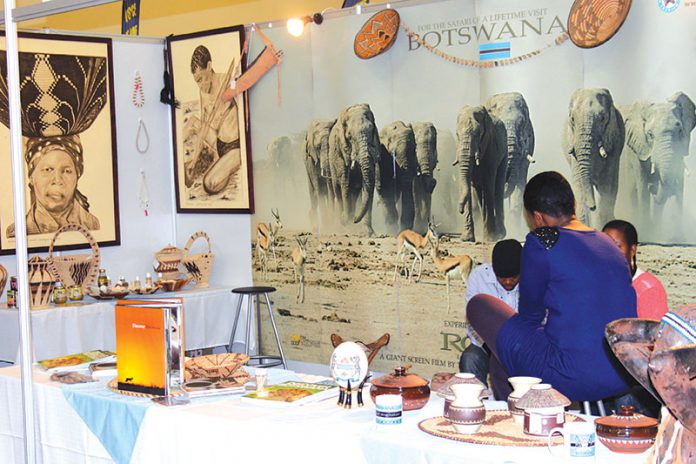 Botswana is among the countries participating at the ongoing Swaziland International Trade Fair held at the Mavuso Exhibition and Trade Centre in Manzini.

The Trade Fair is scheduled to run until the 10th of September and was officially opened by King Mswati III on Saturday with former Malawi President Bakili Muluzi as guest of honour.

The Botswana Embassy office in Pretoria, led by High Commissioner Kenny Kapinga, has a stall which disseminates information about Botswana to the public.

The three companies are: Khoi Plastic Manufacturing, which is based in Selibe-Phikwe and manufactures plastic products like PVC chairs; Moreri’s Leather Products, a Gaborone-based company which manufactures leather stools, jackets and hats.

The other company that is exhibiting is Art Cultural Centre, also based in Gaborone and specialising in traditional handmade outfits (mateisi), custom made hats, shoes, bags, earrings and necklaces.

In the leaflets they are distributing at the Trade Fair, the Botswana Education Hub describes its objective as to make Botswana a preferred education destination.

According to the organisers of the Trade Fair, the first day attracted close to ten thousand people. The most popular recreational facility for children, the merry-go-round, has attracted a lot of kids to the Trade Fair while the elders are treated to live performances by various artists among them Rebecca Malope, who performed on the second day of the Fair.