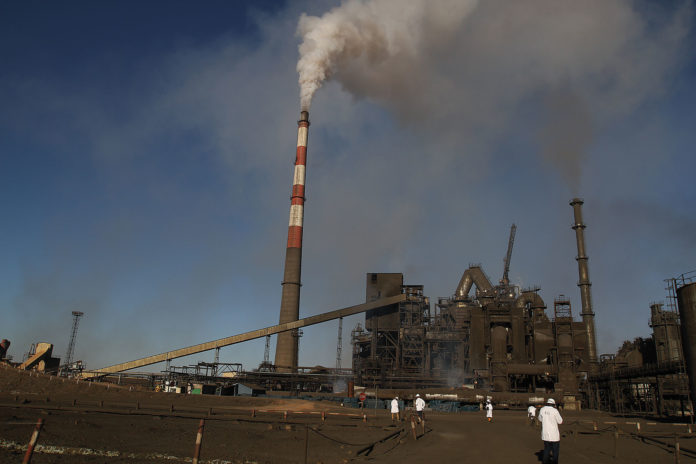 The potential owner of the mothballed BCL mines has been unveiled as Premium Nickel Resources Corporation, a Canadian mining explorer that has been eyeing the idle assets since last year, saving the government from the hard decision of permanently closing the mines.

The BCL liquidator announced Friday that Premium Nickel Resources Corporation has been identified as the preferred bidder, granting them exclusive access to the BCL and Tati mines to conduct a comprehensive due diligence exercise as soon as finer details are sorted out.

“This is therefore not the sale of the BCL and Tati assets as yet, but a period of six months granted to PNR in which to make a final decision on the economic viability of extraction and processing of the ore resources or not,” Trevor Glaum, the mines’ liquidator, wrote in a leaked internal memo intended for the remaining care and maintenance staff at the mines.

“Within the next few weeks, I am expecting an advance team from PNR to arrive on mine to begin their processes. The current care and maintenance activities will continue, with the expectation that additional activities will also be required by PNR. I ask that you give them your support when called on to do so,” he continued.

Glaum added that the care and maintenance activities over the past 40 months have ultimately brought them to the significant step in determining the viability of reopening the mines, with the ultimate aim of selling the operations and getting back into production.

In November 2020, Lefoko Moagi, minister of Mineral Resources, Green Technology and Energy Security, told parliament that  government spent P1.2 billion on the closed mines between 2016 and 2018, and in 2019 injected another P292 million, with the bulk of funds geared towards the maintenance and care of the mines. He disclosed then that three indicative offers have been received from potential buyers, with the process of selecting the winning bid to conclude before end of 2020, and failure to do so would result in closure of the mines.

When December came, government said it had identified a buyer but could not divulge the name. It appears that Premium Nickel Resources Corporation knew it was the preferred bidder as far as January. The Canadian company shared in a market update report released last month that they have submitted an indicative offer for the acquisition and re-development of the defunct nickel-copper-cobalt mines.

Premium Nickel Resources Corporation disclosed that it has been conducting due diligence on the proposed transaction since December 2019 with a highly experienced management team supported by independent technical consultants and completed an independent fatal flaw study in March 2020. Furthermore, the company said it with was in talks with CIBC World Markets to solicit interest from qualified investors for a total of approximately P288 million in a three-stage equity funding strategy.

“The Proposed Transaction represents a rare and attractive opportunity to participate in a nickel-copper-cobalt sulphide mine restart in an attractive mining jurisdiction,” said the company in a call for potential investors.

In December 2018, Molale told parliament that relations between him and the liquidator have irretrievably broken down. Molale revealed that he had kick-started the process to have BCL removed from liquidation and put under judicial management to give the government more leeway in what to do with BCL rather than deferring to the liquidator, who under the liquidation process, can only be removed by Registrar and Master of High Court in terms of the Companies Act.

Dixon-Warren resigned as BCL’s liquidator in July 2019. The registrar of the High Court later appointed Trevor Glaum of the South African based Sanek Trust Services as BCL’s new liquidator after local companies shunned the expression of interest to offer liquidation services.