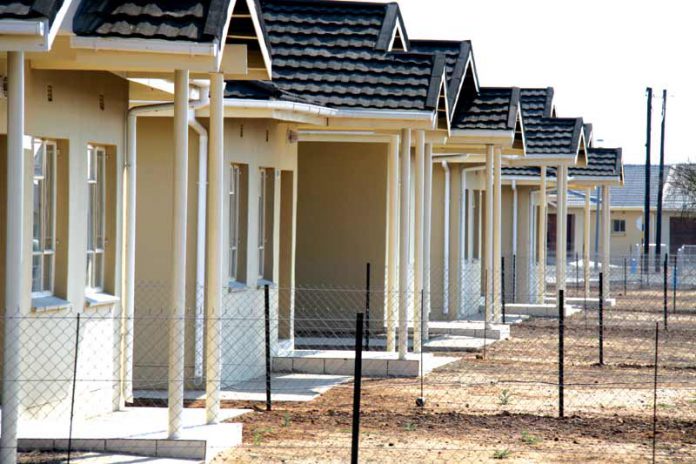 The Directorate on Corruption and Economic Crime (DCEC) is investigating reports of corruption in the award of a Botswana Housing Corporation (BHC) multi- million Pula information technology tender.

The DCEC investigations are running parallel to a law suit filed by RPC Data who are complaining against the “dubious” tender award.

BHC, which has its back against the wall, has made a proposal to RPC data that it is willing to reverse the controversial tender award in an out of court settlement.

The company that was awarded the tender “dubiously” , Software Applications and Information Solutions (PTY) Ltd, has also indicated that it supports the BHC proposal that the award be reversed in an out of court settlement.

The DCEC investigation and parallel legal battle follows a complaint by RPC Data that during the tendering process, the BHC “fair, transparent and rational process” was thrown out and replaced by a process that was “secretive and irrational and so obviously open to abuse, and which was indeed abused” to RPC Data’s prejudice.

The Founding Affidavit by RPC Data Managing Director, Mompati Nwako further states that they had “no reason whatsoever to believe that BHC would at any stage deviate from its stated and published procedure and in turn adopt a dubious and manifestly unfair process. Unfortunately, the Applicant’s legitimate expectation that the evaluation would be carried out fairly and in accordance with published procedure, was misplaced.”

Document before court indicate that RPC Data served BHC with a filing notice on 8th November and Software Applications and Information Solutions (Pty) Limited on November 15th. At the time of going to press both BHC and Software Applications and Information Solutions had not filed notices that they would be defending the court action.

Instead Sunday Standard investigations have turned up a letter from BHC lawyers, MK Moesi and Co proposing a review of the tender award in an out of court settlement.

Lawyers acting for Software Applications and Information Solutions, Minchin and Kelly have also written to RPC Data that that they are prepare to enter into the settlement agreement.
Meanwhile the case has been referred to the DCEC and investigations of possible corruption and bribery have been initiated.