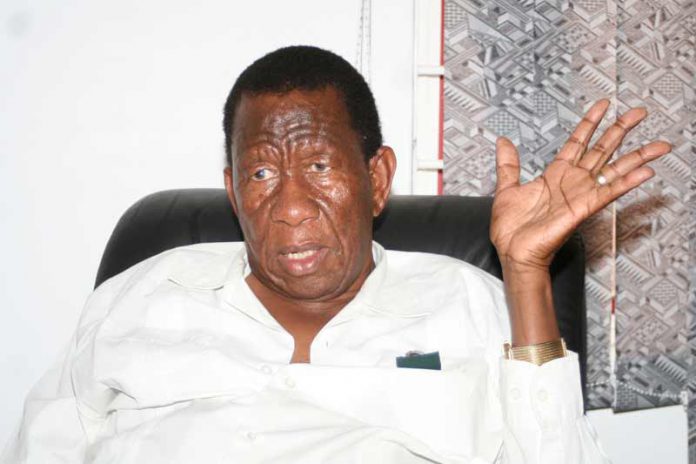 Former Bakwena deputy chief Keineetse Sebele has filed a P4,819, 112 law suit against the government for unfair dismissal from his former job as the deputy paramount chief of Bakwena.

The suit, prepared by Dick Bayford on behalf of Sebele, states that under the first employment as the deputy paramount chief of Bakwena, Sebele was employed on a permanent and pensionable basis and would have ordinarily have served in that capacity until he reaches 80 years .

At time of his dismissal, he was aged 61 years and an amount of P5, 276,360 would have accrued to Sebele as emoluments and benefits when vacating office.

The suit goes on to state that the current employment is of a specified period, the minimum being 24 months at the expiry of this period and an amount of P457,248 would have accrued to Sebele.
Sebele , the suit states, is entitled to damages to the above mentioned sum of P4,819,112 being representative of what Sebele would have earned under the first employment, less the total prospective earnings under the second employment plus 10 percent interest.

The suit further requests the High Court to issue the following orders:

– Declare that the dismissal or removal from office as Deputy Chief of Bakwena by a letter dated 21 September 2010 is procedurally and substantively unfair or unlawful.

– An order directing the government to pay damages to him for unfair dismissal, computed from the date of his purported dismissal by kgosi Kgari Sechele to the date his contract would have ordinarily and lawfully terminated, less the amount he is earning from his present employment as Court President at an interest of 10 percent per annum.
That the law suit sets the factual history of the demand as follows:

– That Sebele was appointed deputy chief of Molepolole effective from 1 March, 2007. From the time of his appointment to the time he was wrongfully dismissed, Sebele had acquitted himself meticulously and diligently in the discharge of his functions as deputy chief and was never subjected to any disciplinary proceedings.

– That in March 2010 President Ian Khama Seretse Khama appointed a Task Force which was charged with the task of investigating alleged misunderstandings and lack of cooperation within the tribe. At the end of 2010, the Task Force completed its task and submitted a report to the President.

The Task force report identified Sebele “as a major factor in the
disunity of the Bakwena and recommended that the solution could
be nothing short of his removal from the main kgotla as the deputy
paramount chief and be redeployed elsewhere with his personal
benefits”.

The suit mentions the following as some of the grounds of unfairness in Sebele’s dismissal by kgosi Kgari Sechele:

– That he had failed to afford Sebele the benefit of a hearing so that he could put across his side of the story and proffer his defence to the allegations under scoring his dismissal.

– Sechele in his letter on Sebele’s dismissal made it abundantly clear that he was merely implementing recommendations of the Task force by dismissing Sebele. By so doing “kgosi Sechele failed to apply a judicious and independent discretion on the matter and in the circumstances acted on instructions”.

– That the allegation that Sebele is a “major factor of disunity of Bakwena is with respect devoid of substance”.