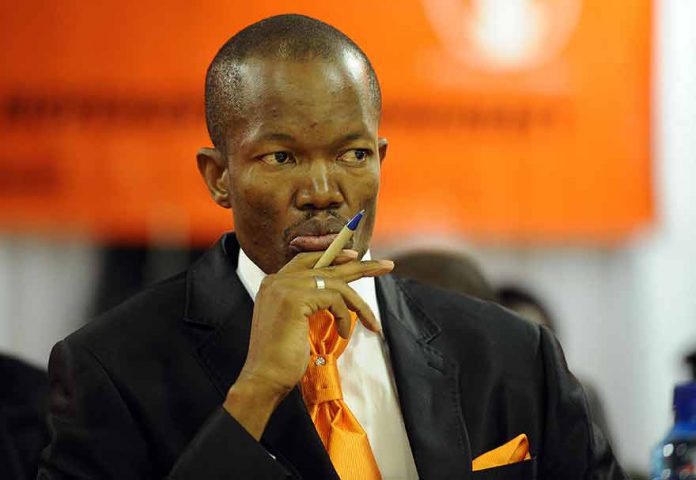 Umbrella for Democratic Change (UDC) inner circle was this week poring over e-mail messages and reports from a professed Directorate of Intelligence and Security Services (DISS) whistle blower who claims that Botswana Movement for Democracy (BMD) late President Gomolemo Motswaledi was assassinated.

A spy who is moved by his conscience or an agent provocateur? That is the difficult question UDM command is trying to answer before deciding to either spike or come out into the open with the report detailing how Motswaledi was assassinated. The report has been compiled by the professed DISS source who claims he was part of the team assigned to put Motswaledi under surveillance months until the day he died in a car accident. He claims Motswaledi was put under surveillance,“because intelligence gathered revealed that he was the focal point on donor funding and the main strategist behind the establishment of (UDC).” In a case of true life imitating art, the spy whistle blower’s story has it all: the long shadows and the uncomfortable paranoia, the hidden identities, the dark secrets and the zany, fish-out-of-water antics of a true spy thriller.

The professed whistle-blower who has established contact with the Sunday Standard by phone and by e-mail claims that “an off book operation was launched six months ago that looked into everything and also where he has been sleeping.” He names a DISS big shot and an officer from the Office of the President who he says, “Personally tasked and commanded a team that had operatives that followed Motswaledi wherever he goes.”

The whistle blower however states that President Lt Gen Ian Khama “did not sanction the operation to eliminate Motswaledi.” He claims that DIS sanctioned Motswaledi’s assassination “without even the knowledge of Lesego Tsholofelo who as the Operations head was supposed to be in the loop.” The source who if credible would be responsible for the most significant leak in the investigations on Motswaledi’s death says he trained with the Botswana Defence Force (BDF) Special Forces before joining the DISS. He signed off his e-mail message to the Sunday Standard by saying: “So chief this is just a brief summary a detailed operational report, surveillance, and also who and how Gomolemo Motswaledi was eliminated can be available.”

The Sunday Standard was tipped off about the DISS whistle blower by a DISS source who passed the whistleblowers’ contacts to the paper. The Sunday Standard has been sitting on the information for three weeks trying to ensure that this was not a trap laid out by the spy agency. Botswana Police Service on the other hand issued a press statement this week announcing that their investigations revealed that there was no foul play in Motswaledi’s death.

States the press release: “On the 30th July 2014 a fatal road accident which claimed the life of Mr. Gomolemo Motswaledi along A1 road near Pitshane Village was reported to the police.

The police immediately embarked on the investigations to determine the cause of the accident and the resultant death of Mr. Motswaledi. These investigations have since been completed and the family of the deceased have been informed of the findings. It is not common practice for the Botswana’s Police Service to publicise the findings of police investigations of this nature, but for speculations and innuendos made by some commentators in the mainstream media and social media regarding this accident, we have found it necessary to make public the result of this particular investigation.

The investigations reveal that Mr. Motswaledi’s death was the result of a road accident uninduced by any foul play. We would like to take this opportunity to thank all those who assisted and cooperated during the investigations. Their continued support of the police in the execution of their mandate is highly appreciated.”