Doosan within a heartbeat of clinching Morupule A deal 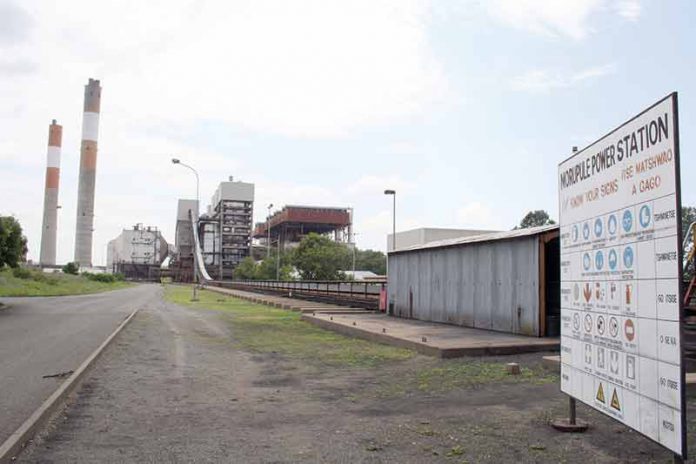 All indications are that Doosan Heavy Industries & Construction, the South Korean company that was controversially parachuted into a tendering process to re-activate Morupule A Power Station will be given the job.

“There is this belief that we have already appointed Doosan,” said the Minister of Minerals, Energy and Water Resources, Kitso Mokaila on the last day of the last meeting of parliament when he explained his ministry’s dealings with the company. “We have not. I said we are still going through the process. If they cut it they will get it, if they do not cut it they will not get it.”

If what good sources suspect is accurate, Doosan has cut it and will likely clinch the deal to demothball the power station following negotiations that took all of last week. For six weeks now and on the basis of a P110 million limited notice to proceed (LNTP) contract, Doosan has been undertaking a feasibility study at Morupule A. An LNTP is a letter from a client to a contractor stating the date the contractor can begin work subject to the conditions of the contract. The LNTP contract expires in two weeks.

Sunday Standard learns that the payment schedule is in two parts. The contract has a retention clause in which BPC retains 20 percent of P65 million if Doosan doesn’t proceed to the next stage. In the case of the latter, the company gets all of the balance ÔÇô P45 million.

As inspection work continued at the plant, representatives of the Botswana Power Corporation (BPC) and Doosan have been holding talks to negotiate a notice to proceed of the main contract to refurbish Morupule A. While the second round of talks got underway this past week, sources at the Ministry of Minerals, Energy and Water Resources say that the negotiations are a mere formality because indications are that there can be only one outcome.

“Doosan is already establishing a site office at Morupule A. It is digging a foundation, building footing and has already been given bulk water and power supplies. With just two weeks left, its engineers are stripping the plant apart. If the company is really leaving, who will put it back together?” poses the source. “I have no doubt that the way this whole project has been handled, it is just a matter of time before a contract is signed. The negotiations are just a formality.”

Such suspicion is bolstered by the manner in which Doosan came to be part of the bidding process. The company made an unsolicited bid in the middle of a solicited-bids process. In its final stages, the latter process was whittled down to two companies, Mitsubishi Hitachi Power Systems Europe Service and SK Engineering & Construction. With both companies having been notified that their bids have not succeeded because they were outside BPC’s price range, Doosan is now the only company in the running.

BPC’s dealings with Doosan continue despite the fact that the Public Procurement and Asset Disposal Board advised it to suspend the tender.