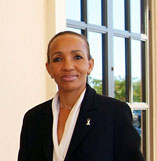 DTC Botswana, an offshoot of De Beers and its Botswana government partnership, appointed its pioneering Managing Director, Brian McDonald, last week in a move that will see diamonds coming home in the next eight months.

McDonald is the former head of BDVC?the Debswana?s sorting and valuation arm ? but until yesterday he was based in London.

Speaking in an exclusive interview, De Beers Botswana?s head, Sheila Khama, said McDonald, who reports for duty today (Sunday) will be tasked with three key issues: to ensure that the DTC Botswana is ready by end of the year, setting a transition of BDVC to DTC Botswana and setting up the marketing and sales teams for the new organization.

?He will have to develop the future plans for the company. That is, he has to ensure that he gets all the competent people he will need, indicate the financial resource for the future operation of the company and have the right equipment,? she said.
DTC Botswana is expected to be ready for business by January 1, 2008 and to start sightholding (diamond sales that take place every five weeks) soon thereafter. Key to that will involve a rapid transformation of the present BDVC into a new company to be known as DTC Botswana.

One of the first things that he will have to do will be to liquidate BDVC?a subsidiary of Debswana – and transfer close to 500 employees to the new contracts and new building of DTC Botswana, along the road to Sir Seretse Khama International Airport. He will have to sign new contracts with third parties and set-up systems and policies. Once they vacate Orapa House, it will revert to its owner De Beers Botswana.

The liquidation of BDVC will present another challenge of appointing Debswana?s valuator and an independent person to verify valuations from DTC Botswana and Debswana.

?The next six months will be crucial not only that we are going to deliver the building, but it has to be on time and budget. Hence we must all move quickly and efficiently,? she said.

The building will have to be equipped with the state of the art technology, which include trading halls, hi-tech security and tele-conferencing facilities. The plan will have to be designed in such a way that by 2009, it will have to handle trade amounting US $ 550 million.

Some of the issues that will have to be raised in his plan will touch on the security of the parcels and the tightening of anti money-laundering legislation to ensure that DTC Botswana meets all the international standards.

?He will also have to motivate a policy that will be looked by the board,? Khama said. ?Government also realizes the importance of ensuring that the anti money-laundering policies are tight.
?This is important to show that not only can we mine but that we can also run down-stream activities,? she added.

The move comes at a time when already 16 cutting and polishing diamond firms have been approved by government to do business with DTC Botswana and set-up in the country. So far, five of the sixteen are already operating in the country while others are at various stages of development.

The initiative is expected to create close to 5,000 jobs?directly and indirectly ? according to industry sources.

They will range from cutting and polishing, security, restaurant and hotels, drivers, analysts, diamond banks and other associated industries.