Dubula’s departure comes as no surprise 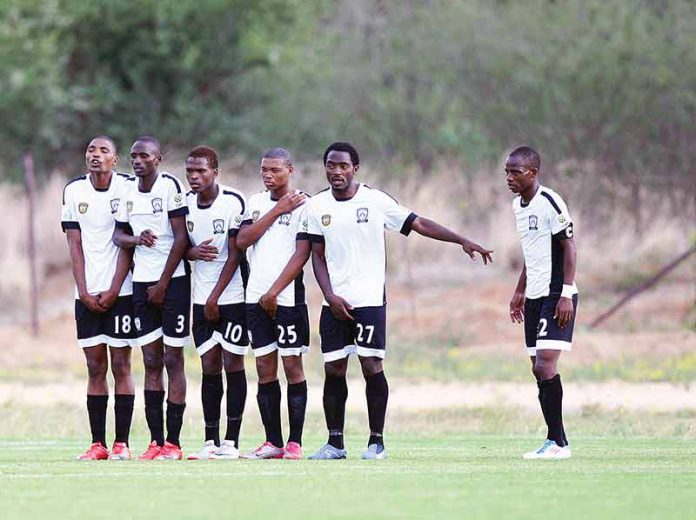 This is a sign of the nomadic life he has chosen to live ever since winning two consecutive league titles with Chiefs and Gaborone United (GU).

The news that he has dumped the Peleng giants when they need him most on Thursday afternoon summed up the unreliable, unprofessional character that is Dubula.

He has only been at Gunners four months and exited when needed most like he did last season at Comets. The Jwaneng side were on the brink of promotion to the Premier League and left them to fill the gap at Rollers. During Wednesday’s training session in Lobatse, the Zambian coach did not show any signs that his relationship with Mapantsula could be a thing of the past.

“We received his resignation letter through Thabo (Motang, Gunners’ assistant coach). I had to call him several times without responding and when he eventually picked he confirmed the bad to news to me. He claims that he got a better offer somewhere which he could not resist,” a disappointed Gunners’ manager Johannes Coetzee said on Friday morning. Coetzee pointed out that Sithole’s departure is a setback for the club as they thought that they were in the right direction under the Zambian coach.

“We have to look for a replacement to work with Motang. We’re in a precarious position and we need two experienced heads to stir our ship to safety. As the executive we’ve to make sure that we’ve that person before our game against FC Satmos (on Friday in Selebi-Phikwe),” Coetzee added. Asked if they did not know that Sithole is not a man to bank on especially in times of need, the Gunners’ official responded, “we knew but we thought that he has changed and he has never showed any signs of unhappiness.” Gunners are expected to run helter skelter this weekend to find a suitable candidate to lead the charges to the copper-nickel mining town or else they will have to count on Motang like he has done in the past.

The news of Sithole’s departure has drawn mixed reactions from Gunners’ supporters in the social networks.

Botswana Television (Btv) commentator Nelson Ditibane said the fact that Sithole has chosen to be nomadic might be due to the fact that some clubs fail to appreciate his efforts.

At the same time, Ditibane has slammed the Zambian saying that, “often he gets time without a job so that is why when he gets an opportunity to make money he takes advantage. But his nomadic life is bad for him because he will never be trusted by anyone.”

Sithole has since been linked to GU and Chiefs but officials from both clubs have denied the news.
GU head of communications Herbert Letsebe said that Sithole has never been mentioned in their boardrooms and they were surprised to be linked with him.

“We parted with Dubula in the past because of some of the things we were not happy about and we still maintain that stand. It will be unreal for us to welcome him to our stable,” said Letsebe.

Chiefs’ publicity officer Clifford Mogomotsi laughed off the allegations saying, “a lot of coaches have been linked to our club. All I can disclose is that we’ll be announcing in the coming week who will take charge at the club.”

Chiefs were left without a coach after they fired Serbian Dragojlo Stanojlovic a fortnight ago with assistant coach China Matlhaku holding the fort in the interim. GU are under caretaker coach George Mogopodi after the club slapped head coach David Bright with an indefinite suspension.

When he arrived in Botswana to Chiefs almost seven years ago, Sithole soon established himself as one of the best tacticians ever to grace our football. He made Chiefs play an entertaining brand of football much to the delight of the hard-to-please Chiefs’ fans. He led Magosi to their first league title in May 2008.

In his second season, Sithole left Chiefs in December 2009 when least expected to take charge of GU.
At the time when he left, Chiefs were in the driving seat and look set for their second consecutive title but things ended in a sour note for the Kgatleng giants.

Dubula-led GU toppled Magosi on the last day to win the championship in a game played before capacity crowd in Molepolole.

The Zambian coach won lots of praises from GU fans who had not seen their side win the league in almost two decades.

After that success of guiding two giants to league titles in a space of 12 months, it is reported that Sithole started to become big headed.

Since then he has not been able to be at one club for at least a season. Rumours started going around that Sithole is an unprofessional character who is prone to ‘selling games’.

While Sithole has always tried to come clean, the damage has already been done. It remains to be seen how long he is going to spend at his new club.