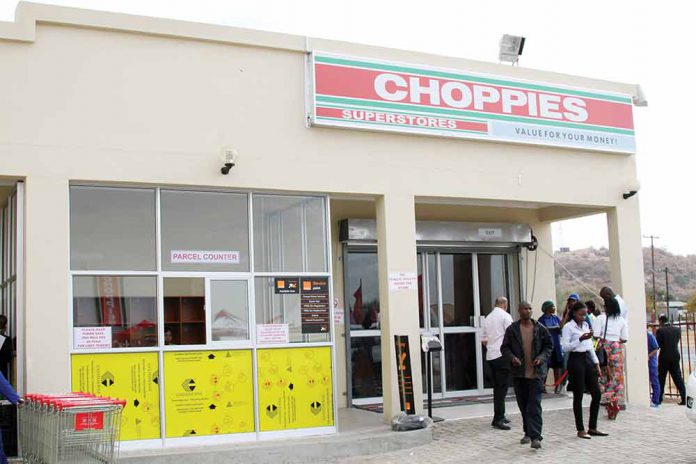 While a sizeable number of prospective investors and consumers are eager to know more about the alleged ‘fraud and money laundering’ at the local retail group ÔÇô Choppies, the Financial Intelligence Agency (FIA) says it is not in a position to say a “thing”.

FIA was established through an Act of Parliament a few years back to help crack money laundering in Botswana. Choppies on the other hand has recently found itself having to explain allegations relating to money laundering in one of its subsidiaries in neighbouring Zimbabwe where the local shareholder is also in bitter battle with his Botswana counterparts.

This week, FIA remained cagey on the un-announced intensive investigations of the alleged fraudulent practices by Choppies Enterprises.

By Friday, FIA Director General Abram Sethibe maintained that he cannot confirm if there is any case as the law prohibits him to do so.

Sethibe, a former Finance lecturer at the University of Botswana who has also once worked for Botswana Police said the nature of intelligence information for investigation is generally not for public consumption.

“We are not the police and therefore our protection of the information is very high because there is need to protect the information which is not yet verified,” said Sethibe.

FIA has the mandate to fight against financial crimes of money laundering and financing of terrorism.

While FIA refuses to pronounce a single word on the matter, its counterpart in the financial services authorities Botswana Institute of Chartered Accountants (BICA) and the Non Banking Financial Institutions Regulatory Authority (NBFIRA) have also not made any pronouncement on the matter.

The Botswana Stock Exchange (BSE)’s Chief Executive Thapelo Tsheole also distanced himself from the matter but conformed confirmed that his executive team received the reports about Choppies from the media publications and as well other stakeholders including stock brokering firms.

Tsheole however stressed that listed companies like Choppies are owned and controlled by shareholders and as such the BSE does not do any intensive investigations. He said for its part, when there are such allegations, they have the authority to force the listed entities to clarify the matter to the investing community through cautionary statements. He said investigations are then left for organisations such as NBFIRA and FIA.

Last week the company failed to produce its consolidated annual financial results for the year ended 30 June 2018 citing massive audit that is still ongoing. Observers attribute the delay to the publication of the financials to a raging war between Botswana based major shareholders led by former President Festus Mogae as well as the CEO   Ramachandran Ottapathu and former Zimbabwean Vice President Phelekezela Mphoko’s family.

Through a cautionary statement issued to the capital markets, Choppies attributed its delay of financials to is due to the current audit for the year ended June 2018. The grocer appointed a new auditor earlier this year after parting ways with KPMG, its long time auditor. The company says the board and auditors have been working together to reassess the past accounting practices and policies.

“The reassessments currently being undertaken relate to historical purchase price allocations on business acquisitions, depreciation and amortization accounting, valuation of inventory and impairment assessments of property, plant and equipment, intangible assets and deferred tax assets,” the company said in the new statement.

Choppies explained that the reassessments which are currently ongoing are complex by nature, requiring careful analysis in order to determine the impact on prior and current periods. Furthermore, the retailer says its board of directors and its new auditors, PricewaterhouseCoopers (PWC), have uncovered number of matters relating to the current and earlier financial periods, which require independent verification and expert legal analysis before disclosures can be made.

“Certain transactions and business relationships hitherto were not made fully apparent and were therefore not sufficiently considered in preparation of historical annual financial statements,” read part of the statement. The transactions and relationships referred to include certain business acquisition transactions undertaken by South African subsidiary during the 2017 and 2018 financial years. Also part of the scrutiny is the ramifications of the “well published shareholder dispute in Zimbabwe.”