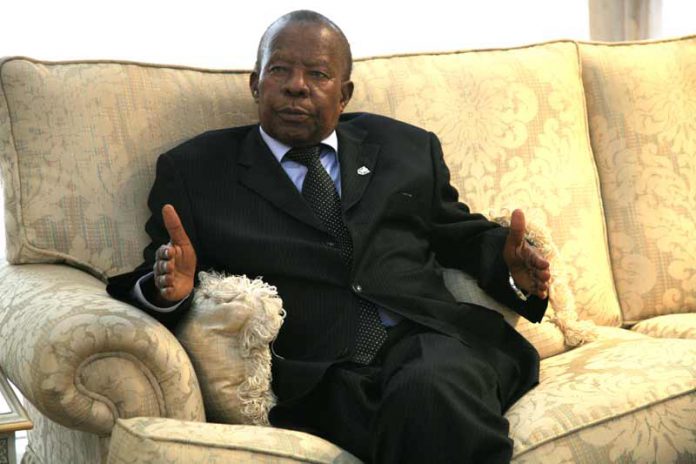 Former President, Sir Ketumile Masire, who, during his presidency of the ruling Botswana Democratic Party, dismissed calls by opposition parties for party funding, this week broke ranks with the Khama administration which has stuck to not funding political parties.

During his reign, the BDP leadership always urged the opposition to sniff around the country for sponsors.

Wearing a red tie to reflect his ruling party’s colours and allegiance, the ageing co-founder of the BDP appeared for an interview on Matlho a Phage television programme on Sunday and changed his tune.

Masire said that his party’s position has been overtaken by time and events and, as such, should change tactics and heed calls for party funding.

“To avoid such suspicions that our party is sponsored by so and so and therefore owes its existence to so and so, I think it is time we moved forward and embraced calls for party funding. It is time we avoided insinuations that we are sponsored by hideous organizations like Al-Qaeda and to do that we must allow party funding,” Masire said.

Although he was opposed to party funding during his time in office, he admitted that it is no longer a good position.

“We did not see things the way our colleagues saw then. But today I believe it is high time we embraced the system. It is my personal point of view,” he said.

Masire’s sentiments are seen as a direct challenge to the Khama administration, which is seen as resistant to change, particularly that all candidates, including those from the BDP, feel the pinch of the current system and have also to dig deep into their pockets to run successful campaigns.