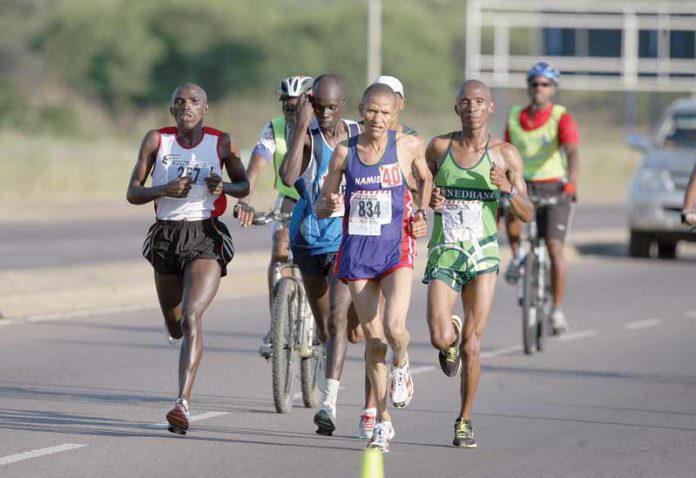 The second instalment of the Gaborone City Marathon has been cancelled. According to one of the marathon’s organisers, Stellan Bengtsson, the organisers pulled off the switch on this year’s edition after realising they do not have enough financial muscle to host a successful event.
“This marathon is a national event and it demands a certain level of financial input. We met some financial restraints and decided not to go ahead with the event so as not to compromise its standards,” Bengtsson said in an interview.

He said that the organisers felt it wise to abandon the marathon five weeks before the event rather than wait till later.

“This was not an easy decision,” Bengtsson said. “Some of our sponsors failed to fulfil their sponsorship commitments while others pulled out. We therefore had no option but to cancel,” he continued.

Bengtsson says as such, they are now consulting all those who had already registered to take part, both locally and internationally, to inform them of the event’s cancellation.

He however says they are currently trying to source more funds for next year’s marathon, which he says will take place.

Bengtsson says they are at the moment trying to convince all who had registered for this year’s marathon edition to consider their registration as registration for next year’s event.

“We still want to assure people that this marathon will continue and will be an annual event as previously planned,” Bengtsson added.

The Gaborone City Marathon, which is an Association of International Marathons and Distance Races (AIMS) accredited event, started last year and promised to be one of the biggest marathon events locally. Apart from acting as a preparatory marathon for bigger events like the World Championships and the Comrades Marathon, the marathon is used for charitable courses, raising money for charity organisations locally.

Some of the marathon’s beneficiaries are Bana ba Metsi School, Lady Khama Charitable Trust, Mothers for All as well as Seeing is Believing.

The marathon managed to raise at least P150┬á000 for charity in the past year and more was expected in this year’s instalment. In its inaugural event, the marathon registered at least 2┬á500 participants, both internationally and locally.

Regarded as one of the richest marathons in the southern African region, with a winner’s cash prize of P20┬á000, the inaugural event had attracted participants from as far as Kenya, South Africa and Zimbabwe.

The marathon was won by Kenyan runner, Simon Njoroge, while Samukeliso Moyo of Zimbabwe won the women’s section of the race. Apart from its financial benefit, the marathon was to be used as a qualifying event for the 2011 World Championships to be held in South Korea.