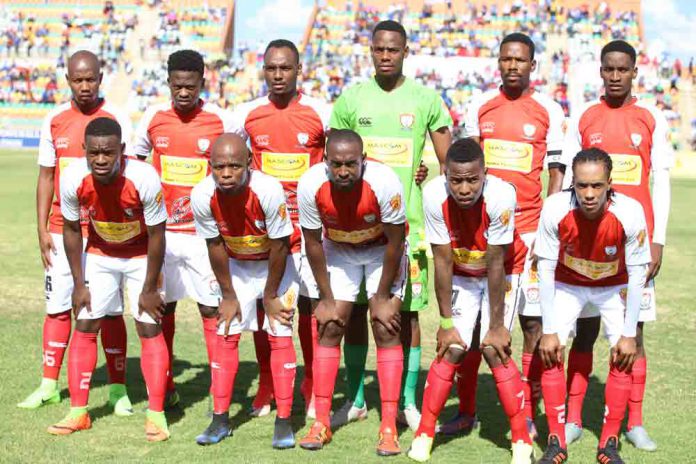 The call comes on the back of CAF making it a requisite for clubs playing in the continental tournaments to have women’s team for them to be eligible. Three months back, CAF issued out a statement stating that men’s teams who are without ladies’ sides will be barred from CAF Champions league participation.

As the move to empower the girl child improves, CAF too has taken the decision to help the movement and also improving women football in the continent. Beginning from the 2022/2023 season men’s team that are without ladies’ sides will not be allowed to be part of CAF tournament.

To kill down the rumours surrounding why the sudden ladies team build up, Public Relations Officer (PRO) for Jwaneng Galaxy, Tankiso Moraka said they are not doing this because of CAF, however, it was always part of their 2019/2024 strategy.

“It’s true CAF wants clubs to have ladies sides and they have been talking about it for the longest time but from our side, it has always been in our mandate to have a ladies team,” he said.

From the formation of Galaxy in 2014, according to Morake, their focus has always been to be in the Premier League with the next target being to maintain their reputation.

“On our strategy, we looked into commercializing after developing our under 20,17 and 15. After a while, we had a finding that on the ladies side we are not doing good hence our 2019/2024 strategy included having a ladies team,” Morake explained.

Due to the genesis of covid-19 pandemic in 2019, Morake stated that their plan had to go on a halt as they could not do anything. Nonetheless, the task to build the ladies team was eventually handed over to Morake after the resumption of sport.

“I had a talk with one female journalist who remained me that Galaxy needs to have a ladies’ side, that was when I approached my leaders reminding them of the teams strategy, and by that they handed me to oversee the project and as you can see we have began our recruiting,” Morake explained further.

In addition, he said, building up a team is expensive and for that reason their focus is to ensure that they build a well-rounded team before they can think of going after the league title.

“We are not going to register a new team because it will be under Galaxy. On top of that we are looking for youth mostly from Jwaneng not that we will reject 2 or 3 from outside. This is because we will not be paying them or giving out accommodation, they should be in a position to accommodate themselves. Truth of the matter is that we do not have money; we all survived one way or the other because of covid and we cannot hide it,” Morake concluded.