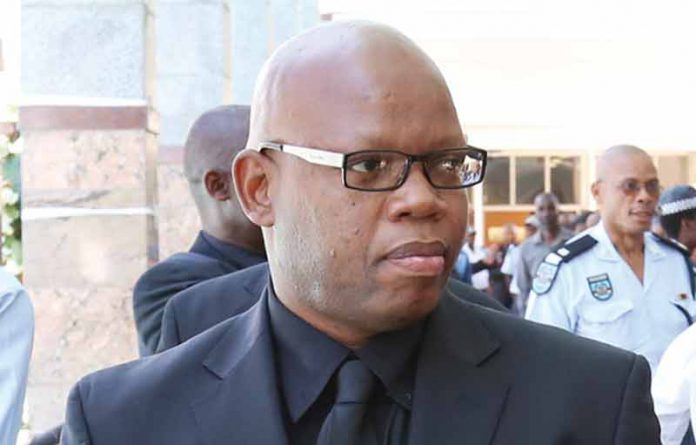 Maruping also interdicted Statistics Botswana from implementing its memo dated 17th November and Staff circular no. 2 of 2015 which BOPEU argued stopped its members from benefiting from overtime allowances.
This is despite a plea made earlier by Statistician General Anna Majelantle that such an interdict would mean that an P85 million agriculture project┬á┬á which started on 12th January this year would have to stop.

In her affidavit, Majelantle argued that the project which involves 53 teams and about 190 employees and currently running nation-wide would be put in jeopardy and her organisation would not afford the costs implied and this will almost double the total projects costs which will have to be re-adjusted and justified and budgeted accordingly through the shareholder (Botswana Government).

┬áMajelantle also pleaded with the Court that to interdict “Statistics Botswana at this stage would mean that it would have to stop the project; breach the contracts with various parties that it has entered contracts with, terminate contract employment with the temporary employees who have been employed and ask for refund of the P45000 from the employees who have been paid the P4500 committed allowance. She said the loss to Statistics Botswana would be enormous and irreparable.”┬á

“Statistics Botswana has also signed contracts with various organisations and institutions for the provision of services and goods as well as car rentals for the provision of motor vehicles for transportation,” said Majelantle.
She said officers are still paid overtime when it is duly authorised and the only change is that no supervisor shall authorise overtime work with the Statistician General’s consent.

“The need for such consent is based on increased costs control oversight and it does not in any way vary the terms and conditions of service,” she said. She said guided by the budget constraints that it was facing, Statistics Botswana only put some administrative procedures and measures in place to save money for the organisation and not to exceed the budget and overspend on issues that be controlled and avoided. Such action she said was in fact good business practice.

BOPEU was challenging Statistics Botswana’s decision to circulate letters titled overtime freeze to its members without any negotiations or consultation with the Union.

┬áIn the letter Statistics Botswana communicated that it shall not be authorising overtime till further notice save for employees assigned projects and surveys which have a separate budget. BOPEU also accused Statistics Botswana of hurling out staff circular after the other without any reference to it as bargaining agent of the employees.┬á On 13 January Statistics Botswana issued a staff circular scrapping out unaccountable allowances of P600 and replaced it with commuted allowance of P4500 per month for field workers in projects and prolonged travel assignments.┬á This variation created a situation where field workers for instance would be on a prolonged assignment for periods in excess of two weeks and will only get a commuted allowance of P4500 instead of P8400 under the unaccountable substance allowance.┬á BOPEU argued that this variation created an unfavourable condition in contravention of the employment laws and collective bargaining process.

BOPEU argued that its members having been accorded certain benefits through Statistics Botswana’s representations has a legitimate expectation that they will enjoy the benefits of consideration thereof until such a time that same is lawfully withdrawn in terms of the applicable withdrawal mechanisms provided under the instruments that govern decision making in the workplace.

Recently Parliament passed a motion to investigate alleged maladministration at Statistics Botswana by one of its committees. The motion by MP for Good Hope/Mabule James Mathokgwane stated that the Parliament Committee for Statutory Bodies should investigate allegations of corruption, nepotism, misappropriation of funds and failure to adhere to good governance at Statistics Botswana.

According to Mathokgwane’s motion the allegations include the decision by Statistician General to┬áappoint people to positions when they did not even sit for interviews, subverting recruitment process, appointing┬ácandidates┬áwho had failed interviews, keeping an underperforming personnel despite evidence that there were inadequate in their positions, hiring┬áunqualified and undeserving┬áindividuals.