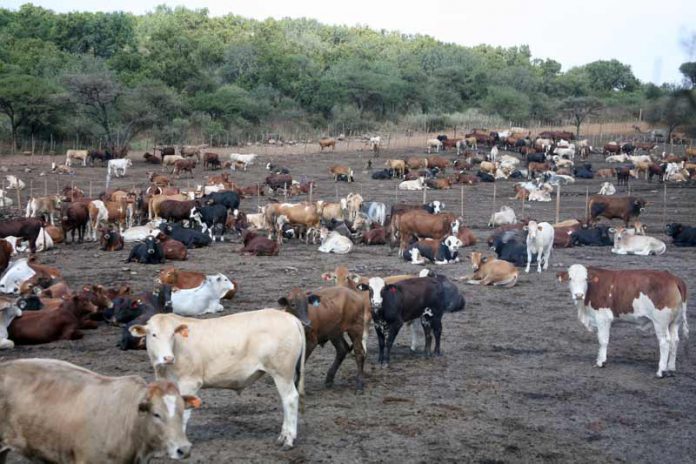 EU and Food and Agricultural Organisation (FAO) documents in Sunday Standard possession further reveal how the Botswana veterinary services had been cheating the EU and that unprecedented delisting of BMC’s export abattoirs was foreseeable and preventable.

Designated by the EU as Botswana’s “Central Competent Authority” (CCA), the Department of Veterinary Services broke the trust the EU had placed on them to guarantee that meat exported to the EU meets standards for animal health, identification, movement control and traceability and for abattoir and meat hygiene.

Documents passed to the Sunday Standard reveal that EU Veterinary inspectors found that the Department of Veterinary Services had failed in its role as CCA in three ways.

The department had failed to enforce BMC compliance with EU plant and meat hygiene standards.
Department of Veterinary Services had failed to comply with EU cattle identification, movement control and traceability standards which is evident from the FAO’s January 2010 Review of the Botswana LITS which found that the bolus traceability system was in a state of systemic failure:
“The LlTS has largely failed to meet the expectations of both the Government of Botswana and the beef sector.”

It also emerged that the Department of Veterinary Services had failed to maintain the integrity of the EU export certification system by renewing the annual EU export license of BMC’s Lobatse cannery when the department knew that the cannery was not EU compliant.

The reports also reveal that the Department of Veterinary Services falsely attested in EU Export Certificates to overall compliance with EU standards when they knew that neither the BMC nor veterinary services were compliant.

The gravity of the findings caused the EU to write a letter dated 08 March 2011 to the Department of Veterinary Services director, Dr. Phillemon-Motsu, in which they stated that the credibility of Export Certificates issued by the department, and by implication, the credibility of the Department of Veterinary Services itself, had been called into question.

The trust that the EU had placed in the Department of Veterinary Services as CCA to guarantee compliance with EU standards, which is the basis for BMC’s ongoing access to the EU market, had been broken: “the Commission inspection services have noted major problems regarding identification, movement control and traceability of cattle and meat. These deficiencies undermine the validity of the guarantees regarding animal health that are essential to protect the livestock of the European Union and put in question the credibility of the certificates issued by the competent authority…”

It is understood that veterinary officers who resisted falsely attesting to compliance in EU Export Certificates were coerced into doing so by superiors under threat of being reported to the Minister contrary to EU Directive 96-93-EC, which requires that certifying veterinary officers must be completely impartial to maintain the integrity of the EU certification system.

Given the nature and extent of compliance deficiencies, the EU rejected Department of Veterinary Services’ intention to simply suspend issuing EU Export Certificates and demanded that the department immediately requests the EU to delist BMC’s two export abattoirs failing which the EU would delist them on its own initiative.

“We welcome the fact that the competent authority (DVS) has stopped issuing certificates for the meat produced in the two establishments (abattoirs) in Lobatse and Francistown. In accordance with our administrative procedures, we expect your formal request to remove the entries for those establishments from our EU list until both sides are satisfied that they comply with EU requirements. In case our services do not receive such request within 14 days of date of this letter, the Commission will remove those establishments from the EU list on its own initiative.”

In response to the delisting, the Minister of Agriculture, Christian de Graaf, told parliament on 31 March 2011 that, “We subsequently requested the European Commission to temporarily suspend our export abattoirs from the EU list of approved facilities until we have satisfactorily addressed deficiencies observed during the inspection – this is standard practice. It will take us approximately six months to address these deficiencies.”