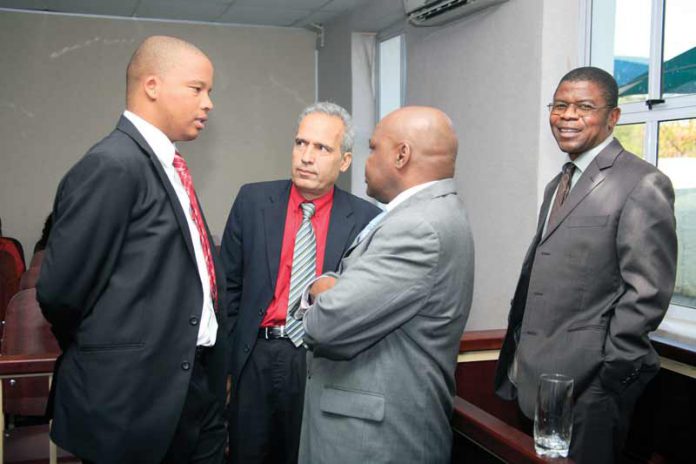 Lobatse High Court Judge Michael Leburu granted their application for a permanent stay of execution, saying government had taken too long to prosecute them.

Through their lawyers, Sadique Kebonang and Gabriel Kanjabanga, Jamali and Rantshabeng filed a joint and consolidated application for a permanent stay of prosecution.

In March 2011, the DPP charged Rantshabeng with two counts of corruption, alleging that he knowingly failed to disclose his interest in Universal Builders when he advised then Minister of Lands and Housing, Margaret Nasha, to reduce the price of a plot that Jamali was buying from government from P1.7 million to P 40, 000.

Jamali, on the other hand, was charged with corrupting Rantshabeng by selling him two plots in Block 6, so that he could influence Nasha to favourably consider their appeal for a price reduction in the purchase of land.

In their founding affidavits, Rantshabeng and Jamali indicated that they became aware of investigations against them as early as 2003 after a visit from officers from the Directorate on Corruption and Economic Crime. They also became aware of the investigations after then DCEC Director Tymon Katholo gave evidence before the 2004 Judicial Commission of Inquiry into State Land Allocations.

In defense, the Directorate of Public Prosecutions argued that their investigations were complex and sensitive as they involved huge pieces of state land, bulky documentary evidence and interrogation of countless witnesses.

When quashing the DPP’s argument, Justice Leburu said there was nothing complex about investigating Rantshabeng’s failure to declare interest. He faulted DPP for failing to exhibit diligence in collecting the necessary evidence to prove the charges and prosecute Jamali and Rantshabeng within reasonable time. He said DPP has failed to prove the complexity of their investigations, as the plots which were being investigated were always available at all material times.

It also emerged that the DPP only collected statements from their key witnesses after they had formally charged Rantshabeng and Jamali.

“What is disturbing about the DPP’s conduct is that they only took Nasha’s statement in May 2011, a month after Rantshabeng and Jamali were charged. Jamali is also alleged to have corrupted Rantshabeng in 2002, yet Rantshabeng’s statement was only taken in 2007,” said Justice Leburu.

“The DPP chose to prevaricate. It is no small matter for a man to live for years with a serious charge hanging over his head. It inflicts mental suffering and interferes with his freedom of movement and employment,” said Justice Leburu.

He agreed with Rantshabeng and Jamali’s arguments that they suffered immense prejudice, disruption of family and social life, and mental anguish because of the delay. The public image of Jamali’s company, Universal Builders, was also dented. The company also suffered severe loss of income, failed to secure bank loans, and experienced a drastic decline in house sales. Jamali also gave evidence showing that financial institutions started imposing stringent terms and conditions on the loans offered to Universal Builders.

Ratshabeng and Jamali also argued that, because of the DPP’s seven year delay, they would not be able to conduct a meaningful and effective defense due to memory loss and the death of some of their key witnesses.

“Having determined that the DPP’s delay was unreasonable, and that it would prejudice Jamali and Ranthsbaneg during trial, the only appropriate remedy is the one that they sought, a permanent stay of prosecution. The accused will not have a fair trial because of the unreasonable delay by the state. They are accordingly acquitted and discharged in all the counts,” said Justice Leburu.