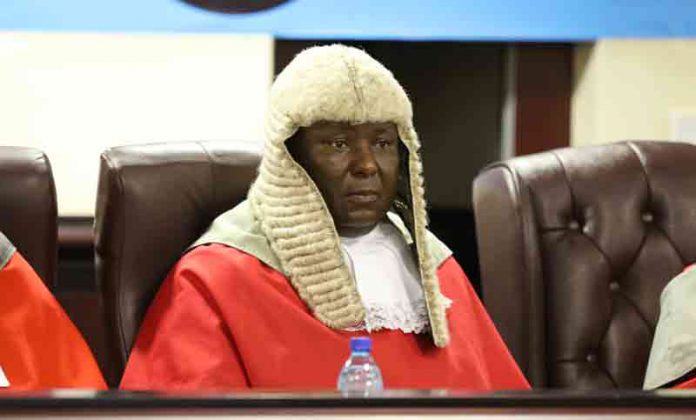 Shortage of prosecutors, court reporters and other support staff has slowed down the wheels of justice to a near halt, Chairperson of the Judicial Case Management Committee (JCMC) Justice Abednico Tafa has revealed.

Addressing members of the Law Society of Botswana in Maun recently, Tafa revealed that the staff shortage has led to non availability of Records of Proceedings for appeals and bail applications before the high courts.

Justice Tafa said the situation is so bad that officers are overwhelmed, resulting in misfiling and at times non filing, leading to misplacement of documents, some of which are never found at all. He cited the Lobatse high court as the hardest hit as it was never modified to create registries that provide a conducive environment for Judicial Case Management (JCM).

“Public prosecutors and defence counsels are also not showing up for hearings as they should, and this has immensely contributed to the JCM stalling in criminal matters and other burning issues of concern at high courts”, he said.

He said the JCM has also had limited success at magistrate’s courts because there are no driving structures, the most critical being mini-registries. This results in unnecessary postponements, disposal of cases and infringement of the rights of the parties.

Tafa said when JCM was established in 2008, the intention was to shift from the old system of managing cases which was litigant driven, to a new method of the judicial officer controlling the pace of litigation which ensures that cases are brought before the judge within a reasonable time, enabling the judge to adjudicate the case without undue delays. He said for the JCM to achieve this, there is need to put in place, mini-registries for each judicial officer to enable them to facilitate the management of cases assigned to them.

Tafa said the other big challenge was the flawed statistics of cases before courts which have had short comings such as not revealing the number of cases completed within and outside the turnaround times and those pending, saying this is where concrete information on whether JCM is delivering its mandate is established.

He stated; “Reality is that shortage of manpower in the entire judiciary has made this a problem for the magistrate’s courts and minimally so in the high courts. The situation impacts badly on the success of the JCM, considering that the few officers available are now overpowered by huge volumes of work and delays the whole process in courts”.

He added that lack of understanding of the rules of the courts by self actors as well as the shortage of the much needed resources for prosecutors and prison officers to reach courts on time due to vast distances also contributes to the limited success of the JCM in the magistrate’s courts. Nevertheless he said he is hopeful that their many challenges and setcbacks might soon be history, following a committee recommendation for the establishment of mini registries at magistrate’s courts, which is being attended to by the office of the Registrar and Regional magistrates.

Meanwhile a lawyer who preferred to speak on condition of anonymity for fear or being victimized complained of “very poor conduct” displayed by some judges at high courts.

“You walk into court and see that a judge is already infuriated by something else that is not work related. Some of them cannot even take greetings and have developed a habit of making orders that they can’t implement. Now we want to know when the committee intends to attend to this and whether we should report such conduct”, he said amid ululations of support from fellow lawyers. Other members of the law society complained that they are never furnished with copies of judgments, making it difficult for them to appeal cases on time. Responding on the issue of bad conduct by judges, he advised that lawyers were at liberty to report any bad behavior and misconduct which they might notice in their line of duty. He noted that judges are expected to abide by the code of ethics, failure at which the intervention of the Judicial Service Commission might be the only option. “It is regrettable that you are not given copies of judgment on time. It does not make sense to me at all and I promise it will be looked into as a matter of urgency. However you are advised also to manage and respect time for the smooth running and prompt delivery of justice”, said Tafa.