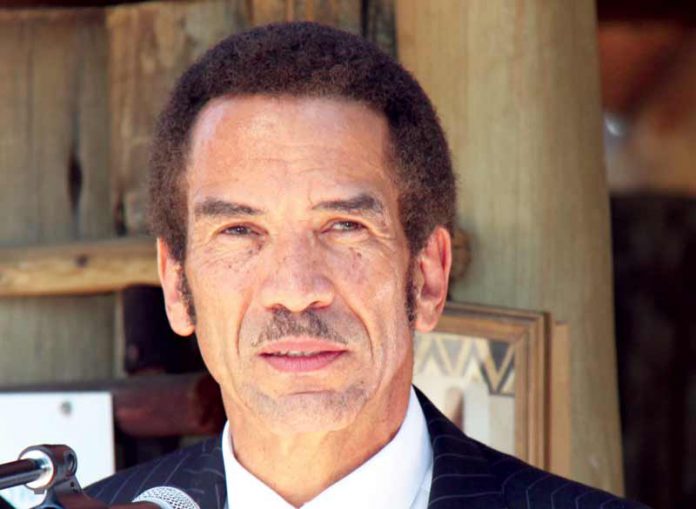 After a failed bid at the judiciary, followed by an abrupt resignation as Deputy Attorney General (Civil Litigation) and subsequent unexplained withdrawal of the resignation, Abraham Merryweather Keetshabe is heading to the Office of the President as Special Advisor to President Ian Khama.

Keetshabe’s appointment was confirmed by government spokesperson, Dr Jeff Ramsay, in an interview although he could not divulge further details, such as the grading of the position. He has been appointed with immediate effect.

The Telegraph, however, has it on good authority that the position is graded at F1 scale and has been given the new designation of General Counsel.

The position attracts the F1 salary scale, an equivalent to the job grading of the Attorney General (F1).

Investigations turned up by The Telegraph are that after Keetshabe slapped the government with a resignation in March, he was prevailed upon to rescind his resignation and appeased with the new appointment.

It is understood that he (Keetshabe) initially declined the offer, querying its grading until it was elevated to the F1 grade.

In his new position, Keetshabe will advise President Khama on all issues, legal and political. ┬á

The position of Special Advisor to the President was first created under Festus Mogae’s presidency and was held by Sidney Pilane who also defended government during Central Kgalakgadi Game Reserve marathon trial over the relocation of Basarwa.

The position, which is not constitutionally entrenched, was phased out by Khama upon his ascendancy to the country’s highest office in April 2008.

Notwithstanding the phasing out of post, chief state counsel Patrick Gunda was seconded to the president’s office until his resignation last Friday. Gunda has joined┬á the University of Botswana as a lecturer in constitutional and administrative law.

Meanwhile, government still continues to be saddled with a mass exodus of lawyers and there seems to be no solution for the problem in foreseeable future.