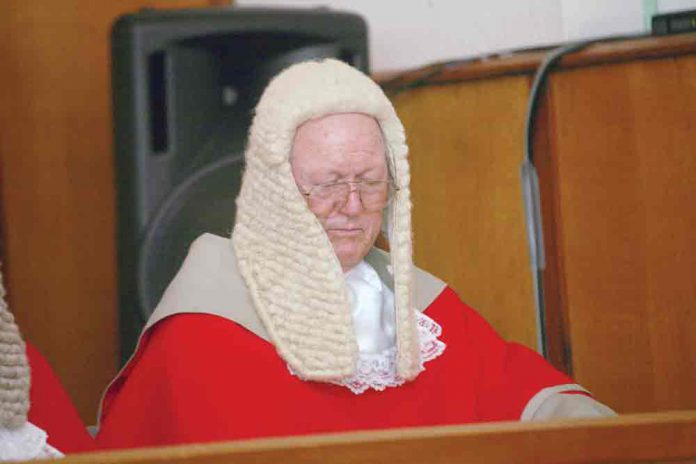 The Judicial Service Commission has come under fire from an unlikely quarter in Judge Ian Kirby who is seemingly out to stand legal tradition on its head.

The Court of Appeal President has launched a blistering attack on the system of appointing judges, a confidential document seen by TheSunday Standard shows.

The document titled: “Judicial Service Commission Discussion Paper” which is also marked “confidential” and signed by Kirby shows that he made the comments following a judgment handed by the Court of Appeal in 2017.

The appeal was brought before the Court of Appeal against former President Ian Khama who at the time refused to appoint the then attorney Omphimetse Motumeise to the bench.

Initially, the case was heard by High Court Justices, namely Abednego Tafa, Justice Lakvinder Walia and Justice Phadi Solomon who upheld Khama’s decision. The Court of Appeal later ruled that the President is bound to follow the advice of the Judicial Service Commission (JSC), subsequently Motumise was appointed to the bench.

Commenting on the “weaknesses in the present procedure” of appointing judges, Kirby noted that “the advertising process has not been a success” adding that “it suffers from a number of disadvantages.”

“The best candidates seldom apply. They are prominent lawyers in their own right, earning substantial sums, and long past the stage of competing for jobs on application. Under the old system they agreed to serve out of honour and on the interests of the country,” reads the document.

Kirby lambasted the procedure observing that “Many clearly unsuitable candidates repeatedly apply for positions, including those who are not making a success of private practice.”

He also attacked “the said overall quality of applicants putting their names forward has declined, and this has affected the standards of the Administration of Justice adversely.”

The make-up of the Judicial Service Commission (JSC) includes the Attorney General and the Chief Justice, a member of the public of good standing and a representative of the Law Society of Botswana (LSB).

Kirby stated that the lack of a detailed application form/declaration means that the Commission does not have the necessary material on which candidates at the interview.

“Informal interviews, not on oath, enable candidates in some cases to withhold relevant information and sometimes mislead the panel. The JSC relies on the part time service of High Court staff. It has no dedicated office, no permanent secretariat, nor record keeping system and no resources. This makes it a weaker institution than it should be and compromise confidentiality,” reads the document.

It states that with the rapid increase in the number of lawyers practicing in Botswana (UB produces about 80 law graduates per annum). Commissioners often no longer have personal knowledge of the applicants for judgeship. They must rely on what they are told by those applicants.

Kirby also lashed out at the JSC saying “presently has no governing regulations or procedures to ensure the consistent performance of its constitutional mandate.”

The public is not properly informed on the processes involved in the selection of High Court Judges, Justices of Appeal and (to a lesser extent) Magistrates and Registrars.

It also emerges from the document that Kirby’s decision to express his concerns about the system of appointment of Judges resulted in the JSC a year later adopting some of his recommendations. The discussion paper was written in 2017.

JSC secretary, Michael Motlhabi said since 2018, “The Judicial Service Commission has introduced an annual advertised call for expression of interest as against advertising only when a vacancy occurs.

But the Law Society of Botswana said finds this step to be regressive and serving no purpose.

“The procedure will make the process more opaque in an era where everyone is rooting for transparency. The secrecy will invariably lead to bad choices for appointment. The Society is at pains to understand the motivation and rationale of the JSC,” the LSB said.

Kirby recommended that “there should be a standard application form to be submitted by persons seeking positions as High Court Judges” as well as “a standard advertisement for position of judge, listing not only the constitutional minimum requirements but also the required character, writing skills and personal attributes of a judge.”

He also recommended for a “change in the advertising procedure, so that once a year (perhaps n December) an advertisement is placed inviting qualified persons to indicate their interest in a judicial position (should a vacancy occur) by submitting their CVs to the Secretary of the JSC.”

“Members of the JSC could also encourage good candidates to express interest. The shortlisting committee could then meet whenever a vacancy occurs to pick three or four candidates for interview, from the register of the persons who have expressed interest and call for their formal application forms to be signed and submitted for background checking.”

Kirby also recommended that selected candidates be interviewed “under oath (real time recording) subject to strict confidentiality of the records; that the JSC be resourced with a dedicated secretariat and records system with offices within the High Court Building.”

“That the recruitment process, when there is vacancy, be slowed down to enable proper background checks to be made on the shortlisted applicants ahead of the interview. The process is too important and its outcomes to permanent to be rushed,” says Kirby.