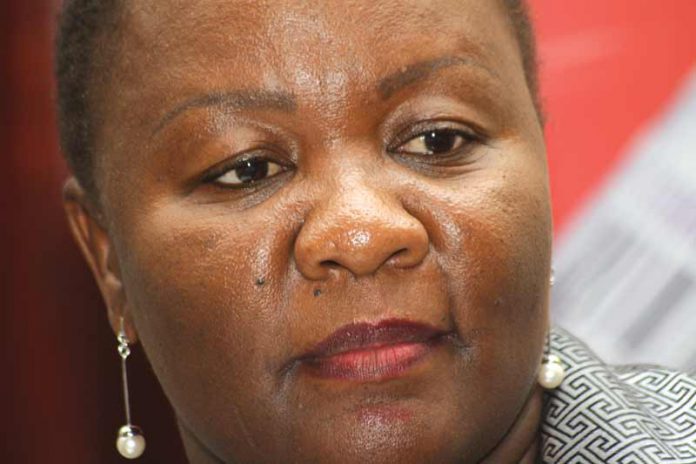 The Minister of Trade and Industry has cleared the air surrounding government decision to conduct a forensic audit at the CEDA (Citizen Entrepreneurial Development Agency).

The air has been thick with speculation that Government will use the outcome of the audit to crack the whip on executive management as has been the case recently in other state owned parastatals.
In an interview, Dorcas Makgatho-Malesu said one of the reasons behind the audit is the fact that her ministry has only just recently been given the mandate to supervise CEDA, having first been under the Ministry of Finance and Development Planning.

“You will recall that CEDA was adopted from the Ministry of Finance. And it is our intention through the audit to understand what we are inheriting,” she said.

She said because under the CEDA structure appeals are handled by the Minister, she felt it important to be informed of the processes and systems of the Agency, hence she ordered for a forensic audit.

The Minister indicated that the complaints and appeals reaching her desk were so many that she felt she had to understand what lay behind those.

“The fact of the matter is that many of those complaints and appeals are valid, and it is my opinion that we have to improve the systems. Through this forensic audit I want to know exactly where we are lacking so that we could improve our delivery,” said the Minister.

Government decision to institute a thorough forensic audit at CEDA set the tongues wagging, with fears that Government was acting out of suspicions of wrongdoing at the agency whose portfolio has exceeded the billion Pula mark.

The situation has not been helped by the fact that a number of executives were recently sacked at another government agency, BEDIA, which also falls under the direct supervision of Minister Makgatho-Malesu after a forensic audit fingered some of them for engaging in conduct that amounted to ethical impropriety. Makgatho-Malesu was the Chief Executive of BEDIA before she joined parliament as a specially elected Member.

“There has been no whistle-blowing at CEDA. The fact of the matter is that people are coming here to complain; sometimes legitimately, sometimes not. All I want to do is to understand the legitimacy of these complaints.”

She said the terms of reference will be broad so as to give a deeper insight of the state of affairs at the government owned company.

Meanwhile, the minister has said she has received a report from organizational specialists she had engaged to look at merging BEDIA and the International Financial Services Centre (IFSC).

While the Minister has consistently emphasized the fact that none of the two organizations will be swallowing the other, there has been a lot of anxiety at each of them with employees unsure of their future.

BEDIA is led by former Minister Jacob Nkate, while IFSC is led by Alan Boshwaen.

There has been intense speculation in the media on who of the two will ultimately head the new merged organization.

Information reaching The Telegraph indicates that Boshwaen will be leaving IFSC to become the new head of the Innovation Hub, one of the five clusters created by Government to help kick start and diversify the economy of Botswana.

This leaves Nkate, also a former Secretary General of the ruling party, almost certain to be the leader of a merged BEDIA/IFSC entity.

“There is no truth in the fact that Government moved Boshwaen to make way for Nkate. He applied just like anyone else when the job was advertised,” said Minister Makgatho-Malesu.